​
Here is the list of the Community Awards 2020 winners. Thanks to everyone for participating!

Shuumatsu no Valkyrie section is live!

We've opened a new subforum for Shuumatsu no Valkyrie, check it out HERE​
Site News
Continue…

The Mangahelpers 2019 Yearbook is finally here! We invite you to take a look at the last year in review including the new features and contests.

A big thank you to all who took the time out to contribute to this book. Also the staff who helped put it together; Brandish, MarmaladeSky, Revo, Kiki, Vandred, Zimbardo and Ustegius. You can download or read it here. We hope you all enjoy it.

This time, we are announcing an annual Halloween contest. The theme is Freestyle. You can express whatever is in your mind about this spooky event! The deadline is November 8th. Don't forget to participate before the deadlines!

Also, voting for the Autumn Special Contest has begun. Vote for your favourite entry here. You have time until November 15th~
Contests
Continue…

Just two fighters are left...
The time for the final battle has come!
Who prevails?
You decide!​
Anime & Manga News Site News
Continue…

Asta's Devil has now fully manifested outside of his body and grimoire, surprisingly enough he and Asta share some resemblance in their appearances such as their Grey-ish/White Hair Color and the rather small height. Ironic, considering that Asta's Devil once called him a "Shrimp" and yet he himself isn't that tall either, but i guess it could also be referring to their difference in age and experience since Asta is still a Teen and this Devil most likely hundreds of years old but we'll see about that. As the Anti Magic Devil marvels at the feeling of entering the Physical World again after a long time Asta begins to thank him for all the times were he lent him his powers to fight, most recently against Dante of the Dark Triad...
Manga Reviews
Continue…

Get in your votes for the Final Round of voting HERE! Polls are open through October 24th.​
Continue… 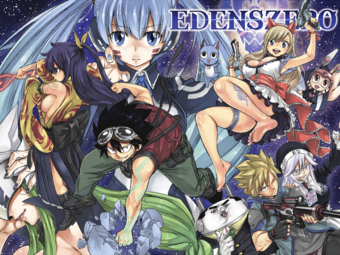 
Summary: ​
Chapter finally gave us some action on the ground in this neutral planet that we have come to know as Forestra. Continuing from the surprise assault by the machines, Shiki and friends have gotten ready to fight and take on not only the giant robot that initially ambushed them, but also a wave of robots that have surrounded them on all sides. This time they have everyone's favourite mukbanger Couchpo as she tries to eat the robots which seems very effective.

Next panel cuts to Sister treating Kleene but the latter doesn't want to be treated since she's started to enjoy her time on the Edens Zero. She believes that if she get's better, she will be forced to leave but Sister confirms to her that no matter what happens, she does not have to leave and will be welcomed immediately by...
Manga Reviews
Continue…

Many proud warriors lost and were tossed aside.
But the second knockout stage starts without further ado!
Who prevails?
You decide!​
Anime & Manga News Site News
Continue…

Get in your votes for the Second Round of voting HERE! Polls are open through October 17th.​
Continue…

This week’s chapter begins with Julius, backed by Rill and Charlotte, explaining the Spade Kingdom Invasion plan to Gaja, who I’m quite relieved to see is still alive. Gaja assures Julius that the Heart Kingdom will join them in the fight, swearing to retake their queen, who’s been taken by Vanica of the Dark Triad. This vow is echoed by Charlotte who silently asks Yami to hold on.

Elsewhere, Nacht has introduced himself to the rest of the Black Bulls and explains the Spade Invasion Plan to them as well. The Black Bulls are a bit shocked considering this is the first time Nacht has seen fit to show himself at their base. When they ask why now of all times he’s chosen to show up, he tactlessly explains that he hates the Black...
Manga Reviews
Continue…

The group stage is over but there is no mercy.
The first knockout stage starts without further ado!
Who prevails?
You decide!​
Anime & Manga News Site News
Continue…


Chapter Summary
​
This chapter opens up with a very brief summary of what happened in Edolas previously with the the whole Anima situation. Onwards from there Earth-Lucy and Edo-Lucy are talking to one another as Earth-Lucy is given some new clothes to wear that are arguably more revealing than her original outfit. Edo-Lucy is asked how her and Natsu came to be parents and we are informed that they were alone in the car and one thing led to another and 9 months later voila! A funny bit of this chapter was Lucy's blushing and stuttered reaction when she was asked if her and Earth-Natsu had a similar reaction where the latter exclaims NOT AT ALL! Edo-Lucy laughs at this and says they might one day get to that point.

Outside we see Earth-Natsu delighted to see Nashi and talking about her with Edo-Natsu asking if...
Manga Reviews
Continue…

This time, we are announcing an annual Autumn contest. The theme is Freestyle. You can express whatever is in your mind about this beautiful, orange-filled season. The deadline is October 25th. Don't forget to participate before the deadlines!

Also, voting for the "A letter to your future self" writing contest has begun. Vote for your favourite entry here. You have until October 17th~

The winner(s) of...
Contests
Continue…

This chapter continues on from the last one as Shiki and the crew finally manage to land on Forestra. We learn that as the name indicates, it's a planet that seems to be one giant forest with so much greenery, that Pino says it has made it's way over the ocean. The crew already picks up things that seem fishy as Rebecca can't connect to the internet. The first thing they see when they're on the ground is fishes swimming in the air. Eventually when they make it to the town and Rebecca is ready to indulge in the very hyped cuisine, Weisz stops them as he immediately picks up something horrific; the robots are controlling the humans and treating them like pets by putting them on leashes and keeping them prisoner in cages. Two bots (Kevin and Willem) start talking about the etiquette of taking care of a human but Willem...
Manga Reviews
Continue…

Get in your votes for the First Round of voting HERE! Polls are open through October 10th.​
Site News
Continue…

A few weeks after the final fight against the Devil...
The Clover Kingdom is being rebuild slowly but surely.

King Julius Nova Chrono was sure, that the Royal Knights were the right idea.
Now he has planned to rebuild the squad from zero.

28 characters from all over the country were forced invited to take part in the...

The battles have already begun. Who will win this merciless tournament?
You decide!​
Anime & Manga News Site News
Continue…

A new season of Anime is right around the corner.
And with that we say:

Cut to the Skull Fairy Elsie seems nervous about the thought of Nero and Shiggy going at it whether they have peaceful or...
Manga Reviews
Continue…

Kiki
Made salted egg sauce yesterday. And made one again today. Was better 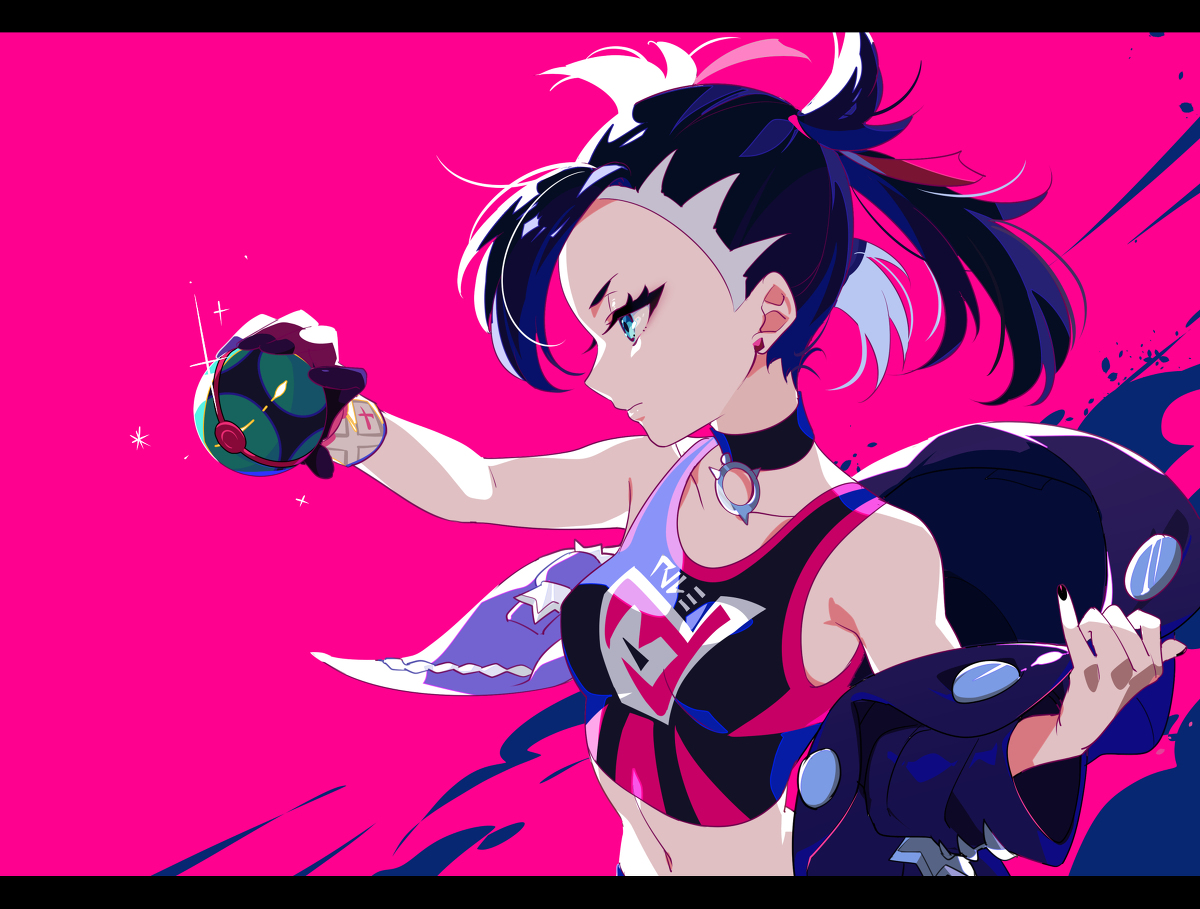 goodboy_lawlett
Val is so amazing 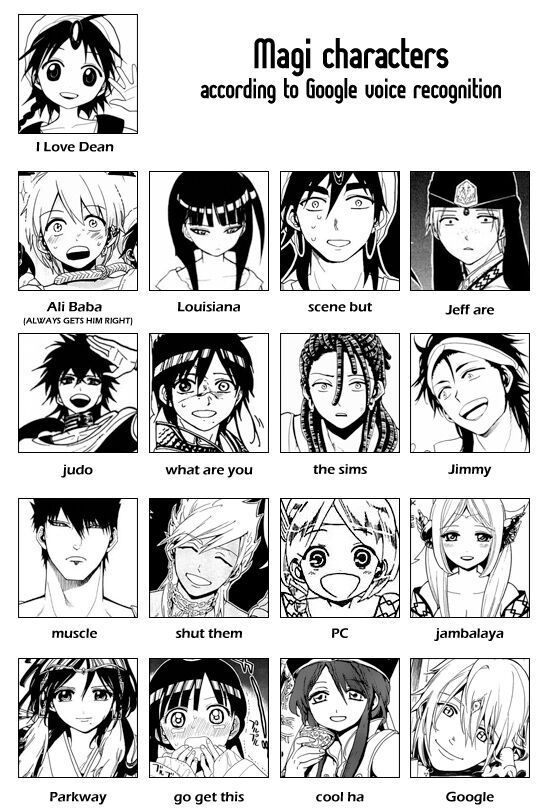