Admiral vs Admiral: Who is the strongest?

neither could win necessarily, but i think the properties of ice and water, could be used to react the light. Light is energy not heat. Only with build up does it start to generate heat. I think Akoji could wrangle better, but it would end in a stale mate


warhead92100 said:
well, ao kiji being strongest is really debatable, it's just how robin puts it. but as he moves more freely on his own thus giving him more merit as being more powerful XP
Click to expand...

Chapter 510 as well as another chapter I can't recall gives Kizaru the same hype Aokiji has word-per-word. Here's a quick sample involving the original Japanese text. Pay attention to the red markings:

Both pictures contains these kanji:
海軍 = navy
本部 = headquarters
最高 = the highest
戦力 = war potential
That can be interpretated as "the strongest man of the marine hq".

Aokiji indeed was described as the strongest, but he is not the only "strongest". He is just 1 of 3.

This is kinda hard.... Each admiral is an embodyment of an extremely powerful force of nature, which makes them all hax in many ways. There is also the thing about them having the capacity to hurt each other given their unique abilities. If they cannot hurt each other, then the fight is essentially an stamina competition and the one to get exhausted first loses... On the other hand, if they have the power to hurt each other then things are completely different. I guess we have to wait for a bit now...

i go for akainu, he can evaporate all of aokijis attacks and maybe aokiji himself... the only would be kizaru, but a great magmapunch and kizaru is fucked

I'd go with Kizaru. They all seem equally dangerous, but Kizaru has a massive speed advantage.

akainu got the adavantage against aokiji - magna is a wormer then ice is cold ... does it make sence?

Kizaru can win against akainu - i think his attacks will make the damage and he is faster as well.

aokiji can win against Kizaru by making a box of mirror like ice around him.

I will go with AoKiji since he is my favo and he was mentioned in the yellow datebooke as the strongest. And no it was not a translation mistake, according to my knowledge.


As to the Elements, its not freaking Pokemon. There is Haki as well! Though yes with superior elements u will have a advantage, but the battle cant be decided by just that.

I would say that Akainu is the strongest just 'cuz he seems like the backbone of the Marine Admirals and isn't sent out unless all havoc breaks lose.... 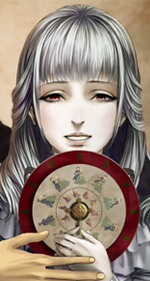 absolutely kizaru.
Light is a element that can be found
everywhere , afterall. 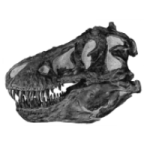 Kizaru seems to be the one with less weak points. All of the admirals are top level fighters as it is, and it's hard to compare their powers. But except Blackbeard with the Darkness Logia i can't think of any natural weakness for the Light fruit. Except mirrors though as mentioned before, but we have already seen that beat Foxy, so i doubt it will be the big key against him, storywise at least.

Mirrors aren't some kind of magical, invincible light reflector. A high-power focused laser will cut a hole through a mirror more or less just as well as it cuts through anything else. Ice reflects sunlight, yes, but the sunlight still melts the ice in the process.

Then there's the speed of light kicks... it's a little bit rigged.

It is a thread about the strongest admiral and Sengoku does not count in the poll : do not forget that the Admiral-in-chief is an Admiral too.
I really do not know what to answer because we cannot only rely on the DF powers. Besides, we have never seen the full extent of Ao Kiji, Ki Zaru and Aka Inu's fighting capacities. I hope we will see what worths Sengoku soon.
I hope we will learn more during this war.

PS : I think that Ki Zaru has the best DF power.


Lord Rayleigh said:
It is a thread about the strongest admiral and Sengoku does not count in the poll : do not forget that the Admiral-in-chief is an Admiral too.
Click to expand...

[mod=Gecko]The correct title is Admiral of the Fleet. IMO, it's probably better to leave Sengoku out of this thread as we have no idea how strong or weak he is and anything about Sengoku will basically be pure speculation.[/mod]

Additionally, I voted for Kizaru. As all three admirals have similarly destructive powers and Logia intangibility, you have to look at it from a different angle than just power alone. For example, Kizaru seems to have the most experience out of the three admirals as we have seen Aokiji and Akainu were only relatively recently promoted from Vice-Admiral after the Ohara incident. Furthermore, as many members have already described, Kizaru is by far the fastest of the three Admirals. Moving at the speed of light, he is way faster than magma or ice.

I would vote Kizaru...but I'm not sure whether Akainu is a logia or not. Though we can easily guess he is, we are so far without proof.

On the experience thing: funnily enough I would see Akainu as the oldest of the bunch. Not only that, but Kizaru's playful personality would probably lead to his downfall compared to Akainu's loyal-to-a-fault personality.

Unfortunately I'd rate Aokoji the weakest of the three, if Akainu is a logia, even though he's my favourite of the bunch, just on ability alone. Of all the fruits his seems to be the most tangible and thus the most possible to take down.

We haven't seen enough from any of them yet to have a clear winner. We surely haven't seen the full extent of their ability to use their DF in battle, nonetheless special skills, haki, stamina, etc. I mean, all three of them are logia, so it'd pretty much be them throwing attacks at each other until one of them couldn't become their element anymore.

We know that Ice (or water in solid form), light, and lava (fire in liquid form) are "the elements that destroy", in shonen all of these are destructive forces of nature, and all of the admirals have shown great feats with their devil fruit.

I'd immedietly knock aokiji out of this. His ranged attacks seem fairly limited. He'd excel close range, except that kizaru is faster than him and akainu surely could become far too hot for aokiji to handle.

Kizaru dropped four supernova captains by playing around with them (albeit there was some unecessisary help from a pacifista). We've seen him able to have large scale attacks (when he decimated the mangrove), fight melee, and fight with ranged attacks. He also seems to have more experience than the other two, but this isn't for certain. And as many others have said he has speed on his side.

We've seen but one move from akainu. He was the first one to destroy a pirate ship in Whitebeard's fleet, and he evaporated an iceberg that was larger than giants. HIs attack also caused a "rain of fire" that may or may not have affected allies.

Normally I would think kizaru is the strongest given that he is light.... He has insane speed and showed extraordinary(and involuntary) destructive power. Seeing him actually try should be quite scary IMO.

Now, given what little we have seen I would think akainu is the strongest. We saw the offensive of the three admirals against WB and out of the 3 the only one to actually reach the position WB had was akainu. That should mean something IMO. Not to mention akainu was the last admiral to be introduced....

Aokiji is the strongest!did u see how he Ice Age the bay,the tsunami,and all around it while in midair?!!!we always tought that he need to touch water but it isn't....
Before Akainu dare touch him,he would turn his magma into stone.....magma solidific really fast....

Aokiji can freeze miles of sea for a whole week,like it is nothing...

And did u see how huge was that piece of Iceberg people were impressed for?Just imagine the power to freeze 10k...times the same amount of water at ease.....and I'd like to know what can he do with clouds and rain....

I can't predict an outcome against Kizaru,but seeing him against Marco is not giving me such a great impression....
And let's not talk about the SN,causebesides Kizaru,we r seeing plenty of characters that could rape them in 3 split seconds.....

Anyway,I still believe that Garp is strongest then all of them......these guys can't touch WB while Garp cornered Roger and probably WB too sometimes...

I would believe it to be Kizaru.

Akainu has magma abilities which can melt Aokiji's ice, but light is stronger than both magma and ice combined.
It's still too early to really decide this, considering we have just only witnessed Akainu's DF power last chapter. He only used one attack and some people are still contemplating whether his power is Paramecia or Logia (I believe Logia). 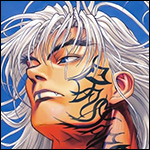