Tower of God RPG​
(The same announcement but with more detail and formatting can be found on our website. Please support us by joining the group.

I won’t bore you with any unnecessary banter such as I worship SIU or that I’m actually Baam’s cousin. I’ll get straight to discussing the game.

The team is called Umad-Mazinbro and it comprises of fans from around the world who are committed to make a game that will not put the series to shame. We are an international team, with turtles hatching from Australia, Brazil, Canada, Croatia, England, Germany, Indonesia, Korea, New Zealand, Singapore, South Africa and the United States. The game will be free to play and download.

Our game is titled as a RPG, so as you would expect, you will be able to control your character. The control comes in the form of navigating your character in bird’s eye view, interacting and making decisions that would influence the game. The player will be able to interact with your environment, such as speaking to NPCs and solving puzzles in real-time. The player will also be able to choose his/her skills, team members and to some extent, control the plot.


The battle system comes in the form of a grid-based, turn-based tactics, similar to Final Fantasy Tactics, Fire Emblem, Tactics Ogre and Heroes of Might and Magic VI.

However, there is a twist: The inclusion of Fog of War.

The reasons and explanation of our plans regarding this unique system can be found below.


Solve puzzles and other challenges as tests to ascend the tower, obtain rare items or unlock certain quests. The tests to climb the tower doesn’t always come in the form of a straightforward team vs. team battle.

SIU said the following in The Company’s translation for the positions and its respective roles:

Answer - Tower of God stresses that most tests are taken in teams. You either take the test against another team, or you are to solve a particular puzzle as a team. Tower of God also differs from other fantasy/fiction titles in its originality. One such example is the positions that regulars are categorized in. The most unique position would be the light bearer. The light bearer isn’t your typical support role, with heals and buffs. In fact, in Tower of God, there are no healing or buffing skills (or not yet shown).

The grid and turn based battle system with fog of war will be able to utilize the unique nature of these positions in the best way. The consideration behind the implementation of the fog of war is to utilize the unique positions from Tower of God. The most unique position is the Light-Bearer, who is mostly responsible for strategic development. The light bearer won’t be constrained by the archetype of a support/healer, in fact, the light bearer would be one of the most important roles in the team due to the fog of war. The scout which is generally ignored in favour of other classes will also be important.

For example, imagine the battle turning out like this:

You position the members of your team in an arena but you have no vision of the enemy. In order to attack, you would need vision, so you have your Light-Bearer’s lighthouse and Scout to probe for the enemy’s position. You discover the enemy and you commence long-range attacks with your Spear-Bearer, Wave-Controller or a Fisherman’s reel inventory. You try to snipe the opponent’s Scout and Light House to deny vision in order to not take damage while your heavy hitters such as your Fishermen and Wave-Controller get into close range and obliterate your enemy.
Click to expand...

Answer - You will not have a whole team of fisherman. Why? If the enemy team comprises of Spear-Bearers and Light-Bearers who have more mobility you will get obliterated for the simple reason that you do not have vision of the enemy and you are unable to close the distance to attack.
Click to expand...


Plot​
The thing most people would be curious about would be the plot. The plot of the game will be completely original and will not be a re-enactment of the existing series. However, the story will be set in the same timeline and world.

Everything we do will try to follow and abide by the canon, and we will not incorporate content that would be controversial to the series. That being said, we are striving to be as original as possible and incorporate some content that has been introduced but not implemented by SIU (such as possibly featuring a character from one of the Great Families that haven’t been introduced in the series yet).

The game will begin on the 20th floor where you will build your team and participate in the test to qualify yourself as E-grade regulars. The setting will be parallel to that of the series, with your team of E-grade regulars travelling in the wake of the comic’s protagonists to ensure that anything we do or make will not contradict what has already happened.

Your characters will pass through many of the same locations featured in the series and hear a lot of chatter regarding the things that have happened in the series.

Answer – At the first floor, most of the people who are selected to become regulars won’t be completely prepared and knowledgeable about the tower. Only those who are from the Great Families or its branches would have an inkling of what to expect. If the game was to start here, it would be unrealistic in terms of the characters being able to perform various skills relating to shinsoo, and thus, lead to an inconsistent setting.
Click to expand...

*Note* The names are all aliases and usernames for Batoto or DeviantArt (and other things). I might include their real names in the future.


Recruitment​
We are still recruiting! If our plans and goals has aroused your interest, consider joining us.


In need of someone who can create a battle A.I!​
Anybody with skills in creating animation, battle A.I, sprite/pixel art, scripts and the RPG Maker engine who are interested, please contact me at one of the following:

Alternatively, if you would like to make a post regarding joining the team, the recruitment thread is located here:
http://www.batoto.net/forums/topic/13804-tower-of-god-rpg/page-4

And that will be everything regarding the game for now. It is a very generic overview to give the community what to expect from the game. We will very much like constructive feedback and suggestions on anything at all.

Would we be able to deliver a game that would match the standard set by the series? We are constantly striving to improve our game and I certainly hope we will meet everybody’s expectations.
Last edited: Sep 25, 2013 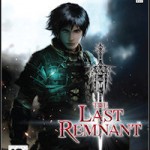 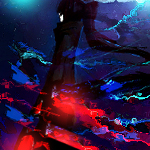 This sounds pretty awesome, hope it works out. How is it coming along so far?

The project started two months ago and most of that time was spent recruiting and planning. The creation of the game has only just begun. The game should be available sometime next year. Join our DeviantArt group to receive less official status reports.
If you have any feedback or other suggestions, you can post them here or comment on the journal on DeviantArt.

Ok thanks for the information

Glad you like it!
IF you have any feedback or suggestions, please post them here. I'll answer them to the best of my ability

Got stuck at the 135th Floor VanquisherR?

First of all, I want to thank the whole crew for their efforts. This whole project sounds amazing!

I have never played the games you mentioned (such as Tactics Ogre or Heroes of Might and Magic IV), so the battle system doesn't say much to me for now. But I checked some screenshots of said games and those look similar to League of Legends, which I enjoyed playing by the way. I will definitely give that game a try. Take your time and don't rush things!

Will we get some screenshots or videos in the future?

Yes. When we are ready to release screenshots or videos, you will be one of the first to know =]
I'm a League of Legends player too !

We are considering to make a promotional video as well.

WOW this is going super main stream.... now only if koreans started anime making and chose TOG .... I hope i can play the game when it comes out .. keep us posted.
incidenally did you guys contact with SIU?

How much of the game is already finished?