Anybody check out the extra that was just scanlated?

The series sure would've been different with Kuroki as its lead. It always surprised me that Kuroki stuck around as a permanent major character since the older, cool types usually disappear in shonen fighting series (Ginga), or play a background role and never fight (Dino & Binachi in Hitman Reborn!) But now we know it's because Kuroki was meant to be the series lead!

It makes you wonder where Daichi came from. Was it Kishimoto's decision to make a new lead, or did his editors demand he create a more stereotypical shonen protagonist?

Anyone read the new chapter yet? The previous one was rather interesting.

<3 for Yaiba and his incredible flying words...

Anyone have an idea as to when the Edited Manga will be out?

I think the question I want to ask more is...when will the translation come out though. -_-"

Ju-da-su said:
I think the question I want to ask more is...when will the translation come out though. -_-"
Click to expand...

i dont mean to sound rude but wouldnt you be able to do it like you have in the past?

After all, I already stated that I drop the series ever since chapter 14 for English translation. I did ch.15 translation just because naruto+4s also said he dropped, but I also clearly stated in that translation that if another conflict happens again, I'm dropping it once and for all, and will not do anything for the English manga community again involving that manga (translation and raw alike. After all, if Heiji stop scanning or skip some chapters or whatever, I can just scan the raw exclusively for the Thai community and keep the updating on that side going)...and well, since it did happen (see ch.15's translation), I kept my word and switch the job over (to Thai).

So, don't expect me to do it ever again...I might do it only as temporary project for English again in the future depending on who'll be the translator who pick it up after me, but don't expect me to do a regular one...Well, the conflict convinced me that some of you guys are sick to hell about having me on the job for this series anyway, so I gave those guys what they want by dropping it.

So that's why I say that the question I want to ask more would be "when will the translation come out?" I'm dying to see who will pick it up...if anyone.
Last edited: Jul 12, 2009

Just read the drama in the translation threads. LOL!


Well...as the thing said, I want some opinions from you. It's already almost a month, and looks like...still no translator...which tbh, I feel bad about this... .___."

Anyway, so I'm asking you guys whether you want me to put BD on temporary for now or not. One bigger problem than me feeling bad is probably because the raw might actually end up dying soon as well, if there's still no translation and Edited Manga out for chapter 16. Unless you didn't notice, Heiji had stopped scanning the raw, due to that he's returning to France and will no longer have an easy access to Japanese magazine, at least from what I've heard. Rena said she'll scan BD in his place, but the problem is...you all better know by now that her schedule is tight. She has lots of things to do herself. As far as I know, she will choose the manga to be prioritize based mainly on which manga she really likes and the status of the translations and Edited Mangas of that series (whether or not it got translated and scanlated constantly and have regular translators or Manga Editors working on it). I'm telling you, cut out the part about her liking BD. She actually isn't that interested in the series itself to start with, iirc. Problem then will be, unless BD gets regular translators or Manga Editors up on the job, I feared that the raw will die out along with it.

Tbh, it might sound egoistic, but I don't like the thought of me promoting the manga up to this point just to let it die out in the end. Yep, it's alright for you guys to think that I'm asking this just to please myself or whatever, but I want to know if any of you guys want me to do temporary translations for this until some regular translators pop up or not. The translations will be out around 1 month after the raw of that chapter is released, just to prevent myself from losing any motivation for the series. For the manga like BD, I'm sure that some translators will come sooner or later anyway, especially when my translation is that late. Feel free to tell me to buzz off and stop butting into this manga if you're unpleased of this idea or already got another translator on the job, since I'm fine either way and this is just me and my crazy thought after all. I just want to see what you guys think. 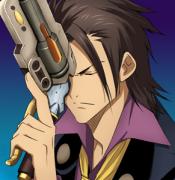 I already told you the raw won't die. I'll just be adjusting what to scan first and what to scan later depending on popularity of the series, what I read, whether it gets translated and scanlated regularly or not. I might have quite a lot of stuff to do, but all it takes is some clever time management here to get stuff done.

GAAAAH!! WHY DO I HAVE TO BE ALL STUPID WITH BD!!? DDX

I'm sorry...but I really hope some translatos jump in sometimes. I don't like leaving it hanging for too long like this as well...-_-"

This manga is really good at least i think so. I actually like it more then some of the more popular shounen mangas. I hope people get on translating and providing raws though because i have no clue how and it needs to be done because it is really good lol.

People ALREADY got on translating and providing raw even before your post, taken that chapter 18 raw is already out and I'm 90% done with the translation and will likely get it done within next week...-_-"

oh nevermind then lol. I checked a little before i made the post and i didn't see it so i assumed wasnt out but i generally miss things like that. 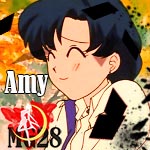 And just as one word of update...I was 95% for A MONTH...on the translation that is. I won't promise the day I'll finish the translation, since I've been really unmotivated recently...plus, chance would be that I jump to other Rival series instead of just getting this done, and will probably unprioritize BD behind the other two Rival series I'm doing...though that was actually what I meant to be doing long ago (since what translator will come if my translation is faster...though I'm feeling a bit uneased now, since t/l is one month late and still no one...-_-")

its on onemanga. Are we gonna have 19 this month too or in november?

dbgohan08 said:
its on onemanga. Are we gonna have 19 this month too or in november?
Click to expand...

Don't be surprised if its December, lol.