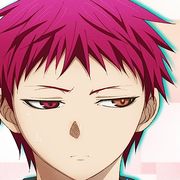 I wont ask for a specific number..since not a lot of characters have special serves

1-Tannhauser-it's just lovely really
2-Twist serve-for a 4'11 12 year old to hit a kicker with that much kick (it flies about 7 feet in the air) is ridiculous and awesome
3-Waterfall serve/Scud serve-They are essentially the same..but im a sucker for any serve that exceeds 200 km/h
4-Zero Shiki serve
5-Kamikakushi serve
6-Koho
7-Magnum serve-I rather liked this one..as simple as it is

And while were at it, if you'd like...make up your own serves..I'm bored so

For Sanada
Fuu serve-Fast serve, exceeds 200 km/h
Rin serve-Nasty slice serve with so little force the opponent mistimes the return
Ka Serve-a Power serve that doesn't aim to win the point but to get the opponent to lob..which Sanada follows up with the Ka smash (based of my combo from FTST)
Rai Serve-Can only be used 4 times a match, strains his arm if used any more, 25% chance of faulting because he only has 1/4 of the court to work with, completely unpredictable even to Sanada
Trump Card-Ka Rin Rai serve(Roar of the emperor)-can only be used once precision of rin, Power of Ka, spin of Rai speeds go upwards to 230 km/h (a la Roddick Style)

Shiraishi
Perfect serve-Based off of Federer's serve, ignores power and goes for precision paints the far service line and the T speeds of 180 km/h

Tachibana
Lions Rage- a smash serve like big bang but he jumps even higher and basically smashes it, the ball replicates like his other moves so it's difficult to find the real one, has a high bounce


Chotaro-
Laser serve- (a la Andy Roddick) speeds close to 250 km/h, 40%chance of faulting if you get a racket on it will blow a hole though it

Tannhauser, Knuckle and Twist are definitely my favorites. They're all particularly special in one way or another, and definitely pretty cool.

A Snake Serve would be an awesome shot for Kaidoh to have. Yagyuu could use a Laser Beam Serve which would be like his normal Laser Beam, but a little bit faster. I'd say a Dunk Serve for Momoshiro, but that would probably be too similar to Sengoku's Kouhou.

A dunk serve? that would be deadly, to close to Koho

Momo already has a bullet serve....he rarely uses it because his matches usually highlight his dunk smash

Atobe the king said:
A dunk serve? that would be deadly, to close to Koho

Momo already has a bullet serve....he rarely uses it because his matches usually highlight his dunk smash
Click to expand...

Yeah, he has the Bullet Serve, but it never seemed that impressive compared to most of his moveset. 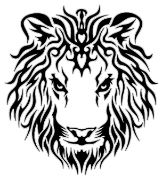 I like Knuckle, Koho and Jiro's wide angle serve.

As for a made up serve, I think Kintarou should use his Super Ultra Great Delicious Mountain Storm as a serve and call it Cyclone sma-oh wait...

On a serious note, I think Shiraishi should use his Round Table Shot as a serve, by hitting the frame of the racquet, vertically.
Last edited: May 3, 2009

homo serve (from gay guys from shitenhouji)
pretend to do a gay pose. while the returner stares at them, the ball lands in and they get aced.
You must log in or register to reply here.
Share:
Reddit Pinterest Tumblr WhatsApp Email Link
Top