@M3J:
Oh my god! It's so good!! I read all the chapters and now I'm so sad because it ended so abruptly! TT
Is there any other place you can find them? Or even not translated ones are fine too


AND WTF AT GAGA? 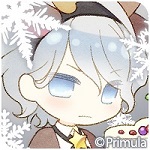 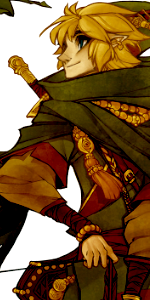 I think tonight is our last night, Tsu!
Press forward, and the punishment shall ennnnnnnnd! D:


;D is it? haha!! One night to go!! But why does everyone here seem to not like her? Many of my friends seem to really like her and see her as an idol

Oh I haven't posted anything here yet, HEYA TSU!

I really do like some of her songs. But all of the sets we got were pretty creepy... XD

Good luck for the round ;D

Well, it's not that I hate Lady Gaga. She's just too much for me.
The one that I can really hate is Bieber. Put a set of his pic and I won't ever open your thread/post until you change it.
There, I just told you one way to get me off from you. XD

Gaga is a talentless attention whore, can't even be famous for her songs but how she acts.

@yukihime
((Ａ゜∇゜) You don't like Justin Beiber? haha! Why not?
Ahh, I think I know what you mean about Lady Gaga though! I agree!

I like it because of... the realistic (...ish) portrayal of relationships and people in the story? I think that the reactions towards the things that happen are kind of...I guess it's just something that is possible...maybe the start and some things here and there was a bit far fetched but overall the events that take place aren't out of the norm... haha I don't know what I'm saying (^^;;; It's just like... addictive

By the way! I just saw something that caught my attention when looking at the icon things. Your name! M3J...

← Does it relate to this in any way or was that just a coincidence and I'm looking into it too much (^^;;;

Her songs are famous because she's famous from being an attention whore. In my opinion anyway.

Realistic ftw. It's one of the main reasons why people love the manga, and it's hard to disagree with them.

M is first name, 3 is random (wanted 2, but taken by someone else), and J is last name.

Hehe~~ But yeh I think it's kind of an accurate portrayal of many girls...obviously it's impossible to say for everyone but yes, it's easy to relate to and not completely fluff

haha
Can't really say much for the guys since...I'm not one (^^:; but I believe it sounds about right? Please enlighten me as to whether or not it's true or not? Haha

Oh, so it was just a coincidence haha wow. Sorry, I don't know what to call them (^^;; If you look through the icon things like

Some of it for the guys are true, I guess. I dunno for sure, but I'd say it is.

Gah, why is there a smiley of me without anyone asking me?

Tsu said:
@yukihime
((Ａ゜∇゜) You don't like Justin Beiber? haha! Why not?
Ahh, I think I know what you mean about Lady Gaga though! I agree!

I don't exactly know why.. But the first time I looked at him, I instantly disliked him... and that's rare since I don't usually believe in first impression... but somehow this impression lasts and I just can't stand his face and his voice. *shrug*

M3J said:
Gah, why is there a smiley of me without anyone asking me?
Click to expand...

@yukihime03
Oh wow, I see! Haha, he used to have a rather feminine voice I hear but it's not too bad now... I think? But he does have good voice control in my opinion
Haha, fair enough, I guess you can't do anything about that

has my nick in it, no? I was never asked whether I wanted that smiley or not.

Tsu said:
@yukihime03
Oh wow, I see! Haha, he used to have a rather feminine voice I hear but it's not too bad now... I think? But he does have good voice control in my opinion
Haha, fair enough, I guess you can't do anything about that

Hehe~ I also don't like his personality but well, I don't want to care about him... Let's go on to other topics. XD

I do not want that smiley as