Asako said:
My my my, worry not she have enough time to stop time, it's also instantaneous dear
I already said in her normal form, his immortality could been the only problem but that's when her akuma form come in
In speed she could definitely win as it doesn't matter how fast mori is, homura always begins her fights with time stop, it is kinda her boost and her weakest how heavily she relays on it in her fighting in coolmura
Also there really isn't a limit to how much homura can activate her time stop, when she first does it mori could be confused what happen, no one really knows her magic is time stop unless she tells them so he have a long while to figure what happening
Enough time to deal with him and take him off guard
Also the kick that mori does needs preparation considering he used the Nabong Needle Ryu to unlock the boost, even then that's only one time use as it's one of the biggest reason mori destroyed his body, he couldn't handle the aftermath

About the seal, he wasn't only sealed with the holy grail you know, the guy have a big history with being sealed by the gods.
First for being a "naught brat" under the mountain before lady buddish (what's her nameee desinn i forgot) came to free him with his headband seal ( a new seal yay) then come when the journey to the west ended in bad ending(i really forgot a lot of term desin so I'm gonna call them what i want, I'm lazy to check chapter 1 again ) and he was resealed in an eternal fire Casserole dish because his immortality
THEN in the series once again after satan fight his power is sealed AGAIN (mori you need help)
Anways my point is for normal coolmura his immortality is a problem but it won't be for akuma homura, she definitely can do it considering how much mori liked being sealed

I mean her seal did manage to seal madokami, that a feat in itself considering she oversees multi universe
But coolmura can definitely deal with as a fight, he won't be able to hurt her is my point, if you say she gonna run out of magic, we have grief seeds and that basically just to take away impurities.... Meanwhile akuma magic is impurities after she tranformated into a witch so it doesn't matter, she able to rewrite the world for a reason...


Btw at least homura doesn't disappear form her series for unknown number of time when it's on going, meanwhile mori like to yeet himself out of the picture for 50+ chapter if not 100 ....

I'm just complaining at how much he liked to disappear, not related to the battle btw
Mori hui >>>>> mori jin

i cried like a bitch when he was gone...
Shall forever me in my heart, best boi
Click to expand...

So she needs the multiversal form to deal with Jin? That's what Akuma Homura is right? You mentioned earlier that she doesn't even need that and I would certainly contest that.

I dont know the series so I have to rely on comments from other people about it but doesn't her time stop fail when the sand in those clocks run out?
Doesn't she get crushed by a building after failing to stop time? Which means there is a limit to how much she can stop time and she needs to finish off Jin before that is over.

I'm not gonna argue against Jin losing when the magic girl is multiversal and rewrites universal laws as she becomes conceptual but I sure as hell will argue against anything less than that. Bazookas and rockets ermagerd. Then gets rekt buy a puny building.

Also bringing in stuff about the story? It's not a popularity contest and Jin is a character that had a lot to grow and went through some shit. He certainly made mistakes but the story is about what he learned from it while going through life as God/Human/Demon. It's about his ascension to become Buddha even if it takes a couple billion years. Also Jin can disappear from the story because the other characters can carry it.

Btw the monk is usually some variation of the name Tang Sanzang. 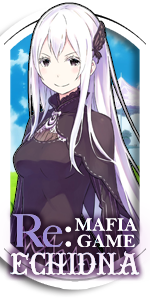 So how homura shield works is she does have limit on how many times she uses her time stop, we don't know how long and if it's related to how many uses or how long but we know when she does run out of it, she have to turn her hourglass over and that make her rewind time, so she doesn't really have that much limitations in a 1 vs 1
The reason she didn't do it in that scene is because she find out everytime she turns back time more karmic fate sticks to madoka

But yea i agree that any normal version could have a problem with beating mori considering his immortality but i say it's the same for mori considering her powers
What makes homura powers so op is the unknown of what it's actually is, you don't know form which direction the attacks could come form, plus her being able to rewind time

I did say it's unrelated to the battle desin =3=
I mean when will i talk about GoH of not now... (I think the thread there is dead )
The reason I'm complaining is cuz i like mori, want him more in the story but he likes to be gone
Also a memorial for best boi...

I didn't know tho the story was about mori being a buddha, i thought it's more mori being more compassionate and human than when he was a god and also in a way criticism to Buddism..... But i feel like maybe that me projecting hnk onto this considering it did make me some out critical with the religion, part of it...