That's right. Latin. Now tell me, how many people in this world would actually be studying Latin (for non religious purposes)? How many would know it fluently?

Although I still have much to learn about this language, maybe some people might be interested to hear how words in French, Spanish, Italian and English came to be. Well, let's take a shot!

Random rant #1
Manufacture
Manu stems from the latin word manus meaning 'with hands'
facture stems from factus, or facere, meaning 'to make'. In this case, factus means 'having been made'

Hence, manufacture's complete meaning = "having been made with hands"


Random rant #2
Many plural words in English these days end in 's'. Except, some are seen to end with 'a' or 'i' from 'um' or 'us' ends. Examples as follows:
Game => Games
Octopus => Octopi
Bacterium => Bacteria (bet you didn't know that one, huh?)

Basically, many words in English that end in 'us' (not 'ous') are supposed to take an ending of 'i when it's plural. Similarly for 'um' changing to 'a'.
Examples:
Stadium => Stadia
Abacus => Abaci
Anus...right...you get the point. =P


Random rant #3
Some people might remember the older word for bus, omnibus? Well, this is actually a Latin adjective, stemming from the word 'omnis', meaning all (omnipotent, omnislash =P).
Omnibus = (A thing) for all
In this sense, omnibus means a thing for all in the public sense - buses are (or once were) a public service. Over time, this English word became contracted to a simple 'bus'.


Oh well, hope people find it interesting. Let me know what you think.

I've been taking Latin in high school for 4 years and now that I'm in college I took it for 2 more semesters and one more coming up this fall. For the amount of time I have put into studying this language you would think I was a master but I get pretty rusty easily over the summer since I'm not in school getting it embedded into my brain. Plus its not really a language that you can really speak to other people with in order to get practice. Oterhwise if I was to get in the groove of things I would be on top of it

. Its nice to see that there was someone else out there who had interest enough in Latin to make a thread about it

. I'm a Catholic and studying to be a theologian so Ecclesiastical Latin is my background

You could get a book in latin to practice though. I recall a friend'd brother was reading a harry potter book in latin so I guess if you look hard enough you could find some interesting stuff.

Yes, I have seen Harry Potter in latin. My high school teacher had one and used to keep it on his desk to show off to his students

. I know there are some things you can definitely come across to help and reading is the best bet. I have my Latin text books still so if anything I can still used those to freshen up but there is only so far you can go with reading textbooks in that they are boring

Not sure what else you could do to practice your latin though..... perhaps you can find a traditionalist catholic church (not an actual catholic church BTW) and hear mass in latin (half joke lol)? Can't imagine another place where you could use latin though, unless of course you had a time machine... Wonder if you could find a forum where people would post exclusively in latin... if there isn't one, you could start it lol.

kkck said:
Not sure what else you could do to practice your latin though..... perhaps you can find a traditionalist catholic church (not an actual catholic church BTW) and hear mass in latin (half joke lol)? Can't imagine another place where you could use latin though, unless of course you had a time machine... Wonder if you could find a forum where people would post exclusively in latin... if there isn't one, you could start it lol.
Click to expand...

I do know of a few Latin Masses at churches. FYI there is no difference in traditionalist and actual Catholic Churches. All of them say mass in the vernacular but they are given the option to hold a Latin mass if they wish too. Some places are starting to hold one Latin mass a week/month just to satisfy those who wish to experience the mass in the older/traditional manner. I personally would go to one just for the unique experience. I just need to find a specific place and the specific time is all 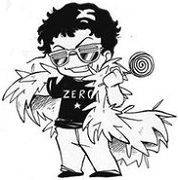 So, what kind of advices do you have for people who want to learn Latin?

I'd love to learn the mother language of Portuguese. Also, just to note, I have interests in Ancient Greek language.

One day I will study one of them. Or both, who knows?

Such a sad thing I didn't have that wishes when I was younger. I could dedicate some time for this curiosity.

Well I honestly would have to say that the best bet is to learn it in school/college but I would be a bit lost if you wanted to learn it on your own. I don't know of any programs or things that are out there other than textbooks to help someone learn the language on their own. I would have to do some research in order to find something like that cause as of now I've got nothing. lol.

It's interesting, especially when your teacher is a funny one..., she taught us how to insult...! LOL although what I like the most are latinisms ... Because you can use them in real life.

Ohh! And no, I'm not learning latin for religious purposes, but I like it anyways.

Hey guys, I'm really curious... Which books did you read in Latin? (I mean in the subject Latin, but no necessarily in Latin -language-).

My High School Textbooks that we used were Ecce Romani and then for College I used Wheelocks for my text books. Wheelocks is nice because the whole lesson is all in one book while Ecce Romani has multiple books for each level. That being said Ecce Romani had an over arching story line that your translated throughout all the books with familiar characters that you would see over and over and it ended up being a bit funny at times so that was a plus.

And, just curiosity, does you people who are learning latin think it is a warm language?

I'm asking it because one of my difficulties in the english is that I think it's a bit cold language, you know. Sometimes I think I'm speaking some empty words. It's a complex sensation.

Pirulitokun said:
And, just curiosity, does you people who are learning latin think it is a warm language?

I'm asking it because one of my difficulties in the english is that I think it's a bit cold language, you know. Sometimes I think I'm speaking some empty words. It's a complex sensation.
Click to expand...

Well thats a tough one because its not really the best conversational language. You are able to speak it to another person in conversation but its just that you rarely encounter it. I've mostly used it to just translate texts. So in a conversational sense I would not say it is warm because its not the best for that. However I would say if it is being used for religious purposes the words are obviously not empty but supposed to be ones of prayer so in that sense I would have to say its more than warm.

I dunno, maybe warm and cold isn't the best way to really describe Latin especially when I'm not too sure what you mean by the terms. If you can think of a better way to elaborate on what you mean by those I can try and give you a better answer if the one I just gave wasn't exactly what you are looking for

Actually I remembered my latin classes when I read some japanese->english translation details by Thabor for some reason, maybe because it's so theoretical

I had latin from 5th year of school until 12th (one year before A levels), enough to get the "Latinum". I think that doesn't even exist in other countries, does it? It's the proof of latin language skills and was required for certain courses of study in germany, including medicine and law. It's still required for philosphy and several languages, even studying english still requires the Latinum as far as I know.
It's kinda been my parents choice, they were like "Oh he's been good in math in basic school (grade 1-4 in lower saxony where I live) so he can think logical so latin is fine." Most of the time I was way too lazy so I always had mediocre grades close to bad ones, until some day in 11th year of school I suddenly understood all these rules required to translate a text (which I never really learned out of laziness) and improved from grade 4 (D) to 2 (B). In grade 12 we had a totally mad female teacher so that year doesn't count anymore...

So as a result I already forgot most of the active knowledge in translating texts over the last 1 1/2 years, guess it would come back with a bit of practice though.
Last edited by a moderator: Jul 29, 2012

I have Latin in high school, not because I'm good in it, have any deep interest in it or am doing it because of a religion, but just because I even suck more at french and german. Yes, here in the netherlangs at VWO (highest level of school) you NEED a third language. I first had six languages (dutch, english (these 2 are forced), fench, german, ancient greek and latin) but at the and of third year of highschool (of six) I could continue with three languages (thank god, I SUCK AT LANGUAGES) but german and french were reaaally hard and it totally didn't interest me, latin has a whole culture behind it and you didn't need to speak it.

But I'm somehow I don't regret it, because I love the culture and though many people can´t understand, you really have profit of learning it and I even enjoy it right now