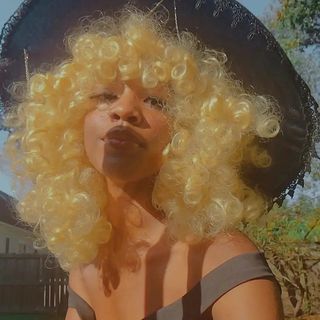 Hello! I am a writer looking for an artist for my manga, Moonlight Rising.

Sypnosis: Moonlight Rising is about a woman in Yokohama, Japan, 3022. She is seen as a villainess due to her nature but is mainly misunderstood. After killing the leader of the Night Clan, she meets two brothers, Osamu and Akihito Kajiwara. They fight her but after losing in seconds, Akihito asks to be trained by her. Osamu, due to the death of the original leader of the Night Clan, gets voted as the next leader, while taking the price. Akihito Kajiwara. Hana, wanting to train both of the brothers, ends up offering to train him, acknowledging that she knows Osamu wants to kill her. She states that if so, he can learn how to. Hana ends up training both of them. After two years Hana makes the mistake of killing someone while taking the guilt to her heart. Due to this, she ends up becoming the enemy to Yuudai Okawa, the hero of Yokohama. He starts to kill people close to her. The more deaths of close ones, the more she becomes taken over by the evil spirit inside her.

From the writing I've done, I think my series will be about twenty chapters.

I have some chapters written already and I'm willing to share. My email is daiesha33@gmail.com.

I am willing to pay the artist and hopefully let them get some profit off of the manga as well!

I honestly got attached to this story and the thought of showing the world of Moonlight Rising is what pushed me to keep going for this story. I've mainly written on Wattpad since my high school years. Username: 21_Wishes_in_a_dream. This is my first idea I've had to turn into a manga. I do have other ideas too and hope to write more manga with the artist I meet. I hope we can form an amazing bond.

I suggest you plan a one-shot first, then you have something to show to the critics.
Only if that is well accepted and if there's a market for it, then you think and giving the next step.

Drawing a serialized comic out of the blue without knowing if it has future or not, is a big mistake.
You must log in or register to reply here.
Share:
Reddit Pinterest Tumblr WhatsApp Email Link
Top