Too soon for another knight to be discovered honestly 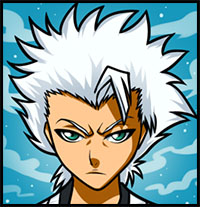 I remember king's power to make mild toxin to fatal poison and stuff from this.....his ability could be a derivative of Disaster.....

and also mentioning about sister and then moving onto a panel with her....it's definetly referring to her...and as far as i understand japanese refers nuns as 'sister' in english words right?...so if he mentions nee san then it probably is either related by blood or cousin or something...

Samael Morningstar said:
Too soon for another knight to be discovered honestly
Click to expand...

In NNT Mel, Diane and Ban got together in 8 chapters.

Samael Morningstar said:
Hope he does have a good role in future,
Btw when do you guys think the OG characters will start appearing in the sequel? And when will characters like Mael start to appear, I think probably after the movie that's coming this July!?
Click to expand...

The story has to switch back and forth to our MCs at some point like how nnt focused on king/ban journey as well mel and grp during 10C arc....and hopefully we'll get some range of chps from arthur's perspective as well

Yeah those two are definitly Kiane's kids!
The boy might not be Famine but his sister could... just saying.
Oooor those two could be twins and together they form "Famine" (their 2 powers are what can create the power Famine)

Initial chapters were so good, these chapters are mid in comparison

I think I missed something, I am up to chapter 6, is there a chapter 7? can someone link it? 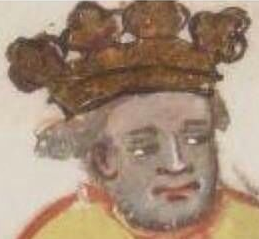 Demonspeed said:
In NNT Mel, Diane and Ban got together in 8 chapters.
Click to expand...

Ban was first mentioned in chapter 7 or something, but he actually only met up with Mel in chapter 15 when they destroyed an entire dungeon with their arm wrestling match. More importantly, I think the dynamic here is a bit different. Mel was an experienced knight looking for his old friends based on clues he found and information that was given to him. Percival is a newbie that just set out on his first adventure and neither he nor Arthur's knights have any idea where to find the other 3 KOA or even who they are beyond vague descriptions. I think it's likely for the process of assembling the knights to be a bit slower for Percival than it was for Mel.

I think this idea also makes sense from a more meta perspective, since this time the titular group of knights only has 4 members rather than 7. Mel had a whopping 6 other knights to recruit, while Percival's only working with 3. You could argue that this means the KOA are going to be recruited in half the time, but I think it suggests each one of them is going to get twice the buildup and focus before they join. This also fits the idea that Percival isn't just recruiting his old friends like Mel was doing. He's meeting these knights for the first time and will have to befriend them before he can get them to join him. It won't be as easy as Mel having a short chat with Diane to convince her to come with him.

Additionally, something that kind of bothers me is that Percival still hasn't managed to defeat a single significant enemy. Ironside completely stomped him and the fox had to save him from Pellegarde to prevent the same thing from happening again. It could just be me, but it feels weird for Percival to be recruiting other knights before he as the main character and presumed leader of the 4KOA has even scored a single victory. His biggest feat so far is defeating some random wolf familiar with a slap, which seemed more like a gag to me. I want Percival to have a moment similar to Mel saving Elizabeth and sending Twigo flying into the sky. A moment where the inevitable anime can blast one of the signature tunes while Percival gets to look all heroic, the kind of thing that shows up in trailers and such. If another knight were to join before Percival gets an iconic moment like that I think he could end up overshadowing the main character. This is why I believe it would be best to wait a little longer to introduce another KOA.


Samael Morningstar said:
Initial chapters were so good, these chapters are mid in comparison
Click to expand...

I agree, but to be fair the initial chapters of a series are always loaded with new information since the author has to establish the setting and the characters. The pacing will necessarily slow down somewhat after that. Early chapters tend to be extra long too.

WoWfan said:
I think I missed something, I am up to chapter 6, is there a chapter 7? can someone link it?
Click to expand... 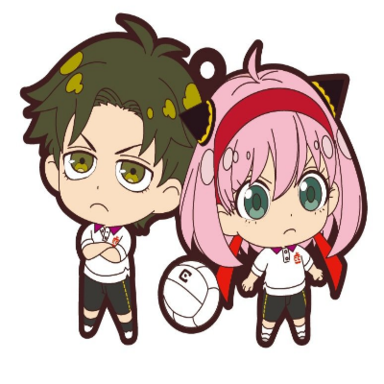 The chapter is available to buy on english here 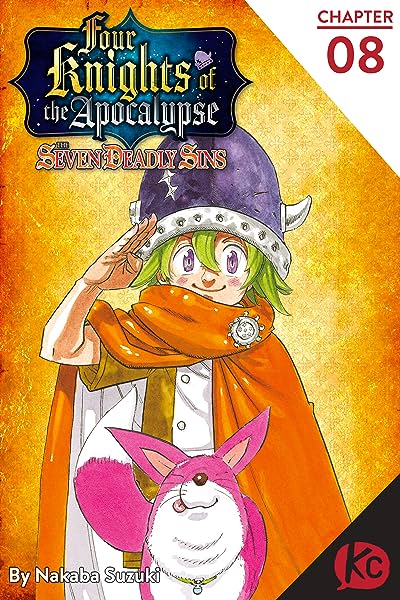 The Seven Deadly Sins: Four Knights of the Apocalypse #8 - (EU) Comics by comiXology

A BRAND-NEW ADVENTURE Percival has always lived with his grandfather on the idyllic, remote God's Finger. And though Percival loves the simple life, he longs for adventure. That is, until adventure comes knocking at his door, tearing away everything he's ever known and leaving him alone in the... 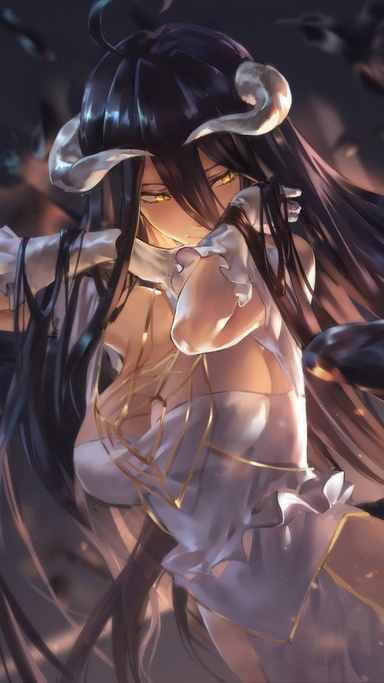 At the moment I am starting to think Nas and Dolores are siblings... I don't know how i would feel if that is the case. Im hoping it isn't literal relations and just a term from growing up with her...

What’s on his weapons? It looks like the power of darkness and light but I doubt it. 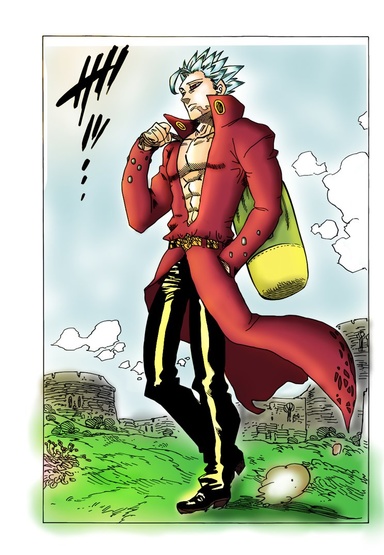 Meliodaf said:
What’s on his weapons? It looks like the power of darkness and light but I doubt it.
Click to expand... 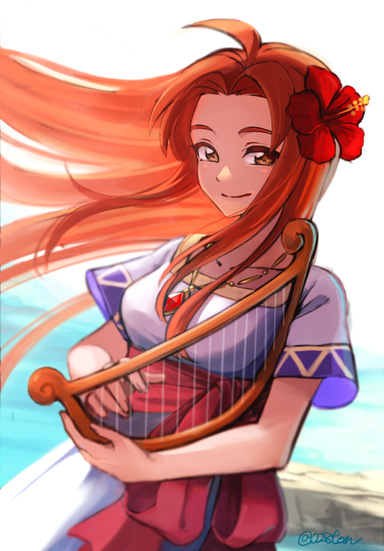 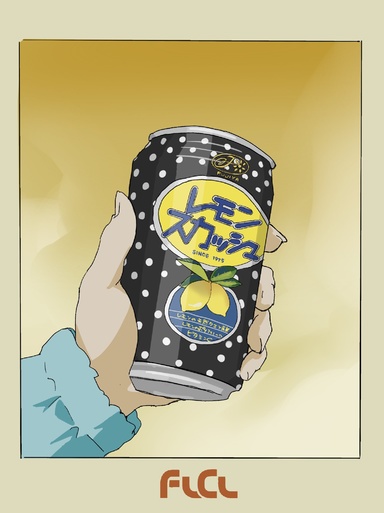 Percival is so adorable trying to stuff all that hair in his helmet.

Still not confirmed yet but at the very least it seems like Nasiens and Dolores have a sister-brother relationship.

And I like Nasiens daggers, they looks really cool.

So Nasiens wants to save the gorge and what he did was self-defense.

Assuming he is King and Diane's kid something doesn't add up, the fact that he is attacked by Fairies and also the implied deforestation problem? Normally it's something King should be able to solve with Disaster. So, maybe he can't come here for some reason?

Percival is obviously going to help him solve it but how can he? Either the cause is because of some monster or it'll be thanks to his Magic, maybe he can "give life" to others or something, which would be beyond classic healing.

Nascuen maybe referring to Dolores as sister, just as common people refer the Nuns at church as sister
There might be an other force that's fine this to the gorge

King and Diane raised a creep 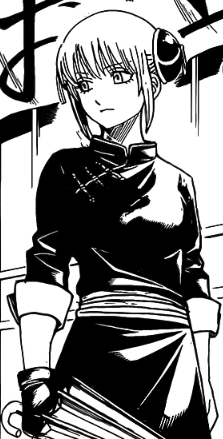 Rizaadxn said:
Percival is so adorable trying to stuff all that hair in his helmet.

Still not confirmed yet but at the very least it seems like Nasiens and Dolores have a sister-brother relationship.

Same. For some reason, I'm getting Inuyasha vibes from Nasien's blades.

Maybe one of their parents is sick and they're trying to find a way to cure him/her.
The daughter chose to rely on the Goddesses for help and the son chose to find a cure on his own.
You must log in or register to reply here.
Share:
Reddit Pinterest Tumblr WhatsApp Email Link
Top