Wanted: Artist Need an artist for A one shot 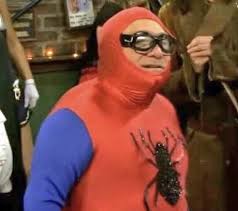 If the one-shot is done well I'll most likely place you as the Head artist for the Series.

The One-Shot Manga is called "The Haunted Swordsman" which deals with a man (who isn't named) does a bad thing and suddenly wakes up in another world where he is later kidnapped.
The Series itself is Called Blüd and takes heavy inspiration from Berserk, Lord of the rings, Parasyte, Junji Ito's horror work, many fairy tales and myths (including slavic folklore!). Its a dark story with even darker future. With the main focus being on three characters, The Reverse Death and Tower (Gear), the lover and Empress (Jil Aleik), The Devil and reversed Strength ( Jasper Korn) (characterized by tarot cards and there positions...A lot of backstory for them so I just summed it up like that.) Theres a lot to Blüd msg me for more and this story is kinda Adult. Seinen manga.
You must log in or register to reply here.
Share:
Reddit Pinterest Tumblr WhatsApp Email Link
Top