ukimix said:
I haven posted anything for some time and would like to know how the info that comes from the original and hasn't being already relealed in the redrawn version is handled here? I haven't read the original comic and don't want to read spoilers. Please. Thanks in advance.
Click to expand...

As ONE's series is ahead of Murata's please simply label and include any discussion regarding the Webtoon in spoiler tags. Mangaupdates summary:Follows the life of an average hero who manages to win all of his battles with only one punch! This ends up being the cause of much frustration as he no longer feels the thrill and adrenaline of fighting a tough battle. Maybe all of his rigorous training to become strong wasn't worth it. After all what's so good about having an overwhelming power?


If you like the manga, check out our One Punch Man anime discussion thread as well.

when i first read this manga i wasnt particularly fond of it. i thought it was a weak parody of super-heroes/villains.my opinions thou started to change when i get used to the weirdness and underlying humor it started to show on subsequent chapters. another strong point this manga started to show was that this pokes fun at not only the japanese stereotype of super-things but adapts itself on the global scale. although some chapters have useless and sometimes irritating habit of showing 1 attack on several pages (17th chapter being the worse 1 yet) even that has its merits consequently. Mc also has this bored look because he just cant find any1 to actually fight on par that i think is drawn very neatly and makes me laugh just looking at his face.

this is 1 of the better examples of gag mangas out there and came just in time where gintama started to lose steam so i am overly appriciative of this one. cant even w8 for the next chapters.

P.S: also k-dom gave the raw links. this manga is free in japanese just can read it there. well at the very least visit the page to keep this manga alive.

Concerning the 1 attack on several pages, I think it is an adaptation to the web format. A bit like a flapbook thing. In that way, reading chapter 17 from the web reader is really more satisfying

well yes it is more satisfying but irritating all the same for me. it feels like they r cutting corners. thou dont get me wrong if that is the only thorn this budding rose has i can live with it.

I love this manga so far. I tried the first chapter just because it was Murata, but I thought that I would quickly get tired of the one punch gag. For whatever reason though, it remains fresh and funny and the manga gets better with every chapter.

About chapter 17 being just one attack; well, if they were doing that every chapter, it would make this the worst paced manga ever, but it was just a one chapter, cinematic type experience and I thought it was awesome. Someone made an animated gif out of that chapter and it looks really cool:

I think it would be cool if this series eventually got an anime. The blend of top notch action and comedy really works. 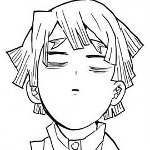 This is kind of amazing so far.

I love seeing Murata using his art to it's full potential again.

I also liked chapter 17. I agree that I wouldn't want a volume of such chapters (this is not really why I like the serie), but I first looked at it (one can not really say read it :-), I thought : Murata really must really have enjoyed drawing this chapter !
As for the comedy, it's typically what I like. It reminds me a little of Hikaru Nakamura one (Arakawa under the bridge, Saint Oniisan).

Man, this manga is genious.

Something that bothers me is the digital screentoning, although the rest of the art is perfect.

Wow these webmanga are really something. First Paperakyu was really a great hit and now this! Wonderful manga, with a great concept. I think the art really captures every aspect of this though. The story is sort of indirectly told by art, perfect!

Marking this as a featured series!

I love his new art style and the comedy brings me near tears in every chapter. This duo is really great and Saitama is such a great hero. XD

I'd like to thank googlez for recommending me this manga. And thanks for featuring it. I didn't like it at first, but as I read on it got progressively better. 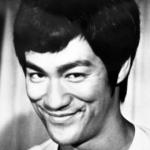 Hilarious manga, the fact that his life has become too boring because of it, and his great expression of neverending boredom just makes it one of the funniest mangas I know.
On top of that I have to say that the art is beautiful and the dynamic pictures add quite a lot to it. 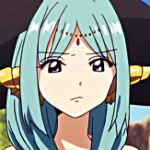 I caved in and read all 19 (18.5) chapters! Its really EPIC without the melodrama that goes with it. Its just a really fun and light manga, and wow, color me impressed by Murata's artwork.

Its kind of hard not to spoil yourself when you know the original webcomic is online, but I'll try to be patient. The only complaint I've had so far is that there's a real lack of female characters.


I know there are two that will join the cast later, but since they appear in like, chapter 40, we're going to have to wait considerably.
I also love the silly over-the-top concept of superheroes and their ranking system. I hope they go into that more.

Re: Onepunch-man by ONE & Yusuke Murata

I started reading this just yesterday and I had no idea that a manga about a character that's so impossibly powerful could be entertaining.

Didnt even much see this

Anyways, this manga is pure comedy . I can't wait until it gets more recognition and popularity
Last edited: Jan 1, 2013

This manga is pure bliss, the best art for an action manga i have seen so far + it is as ridiculous as Gintama, at least for me

Gotta say, I love this manga. It's just all round fun.


Teeba said:
I know there are two that will join the cast later, but since they appear in like, chapter 40, we're going to have to wait considerably.
Click to expand...

Where are the RAWS for up to chapter 40?

Re: Onepunch-Man by Murata Yuusuke


Ghan said:
Didnt even much see this

Anyways, this manga is pure comedy . I can't wait until it gets more recognition and popularity
Click to expand...

There are a lot of raws to catch up to, glad the manga "caught fire" though.


Giriel said:
Hilarious manga, the fact that his life has become too boring because of it, and his great expression of neverending boredom just makes it one of the funniest mangas I know.
On top of that I have to say that the art is beautiful and the dynamic pictures add quite a lot to it.
Click to expand...

It's the expression of neutrality, stocism and absurdity. The highest form of indifference! :|

One of the most awesome mangas ever, I actually bought the first 2 volumes from Kinokuniya, should be arriving soon.
You must log in or register to reply here.
Share:
Reddit Pinterest Tumblr WhatsApp Email Link
Top