Me and Pokefreak started to cry when we saw how badly drawn the K2T was in Naruto Shitpooden 30, so we decided to make our own version of how it supposed to look. Hope you like it, and please comment!

shows how much better the manga is.

yup...i have a feeling this is bound to get to Pierrot and they will feel stupid....that fans did a better job than the animators...what a damn shame 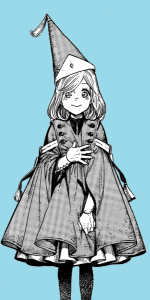 LOL I've already seen it on NF, but it looks waaaaaay better than the original one ^_^
Hehe It's the proof that the fan can do a better job than them

Nice job, guys XD I actually saw that on Pokefreak's journal on DA earlier XD And then I watched Shippuden and saw how sucky the animation was :x

you guys did a way better job =]

I know, right! I was SO mad at the way they animated that...you did a great job.

Haha, That's Awesome ! ^^ You should do more of these

You guys did an excellent job. I'd like to see more

Yeah me too! I'd like to see more of that stuff. It's brilliant!

after seeing what you guys did it makes me wonder, how the animation is going to be with Naruto VS Orochimaru...

. You guys need to go and take their job

Tweaker said:
after seeing what you guys did it makes me wonder, how the animation is going to be with Naruto VS Orochimaru...
Click to expand...

Oh,they better not mess this up, because I would be furious

Hahahaha, very nice work! After all i wasn't the only one noticing this.

Hopefully naruto vs orochimaru will be one of the numerous moments where quality must be omnipresent!!!!


I hope this will force them to do a better job on the 4-tails.
And I really hope they take a break of at least a month after the Gaara arc so they finally stop rushing in badly animated episodes every 1-2 weeks just to keep the audience on the line. Quality > quantity.

if they fuck up the naruto-four tailed vs oroschimaru i will delete every shippuuden episode i have on my computer and then i will stopp seeinge shippuuden, then i am only going to read the manga im not even going to see anything that has with animation.

Tweaker said:
if they fuck up the naruto-four tailed vs oroschimaru i will delete every shippuuden episode i have on my computer and then i will stopp seeinge shippuuden, then i am only going to read the manga im not even going to see anything that has with animation.

btw i forgot to say nice work^^
Click to expand...

I feel you 100% on this. I am not watching the show until that episode, and if it is good, I will continue from there on. If it is not, screw it, I still have old naruto on my comp.

You guys took Kishimoto's work, colored it, and added the special effects (very, very, very nicely I might add). And you guys did it for free

The animators, THE PAID ANIMATORS, for some reason unbeknownst to me weren't cool with the design so they decided it would be best to F it up. Why, I have no earthly idea.

Naruto looked sooo stupid. I watched 5 bajillion episodes of him jumping on endless trees to see him go retarded when he finally released the second tail?

Off topic: Does anyone else think that the only character drawn well is sakura? I think that both naruto and kakashi are drawn really crappily from time to time. It really jumps out at me during some scenes. I know I can do better, and apparently you guys can do A LOT better.

Zarosaki also did this panel too.

Anyway, but YES, that was horribly drawn in the episode. I've been a defender of Shippuden so far, but this episode was by far the worst one, I have to admit.
You must log in or register to reply here.
Share:
Reddit Pinterest Tumblr WhatsApp Email Link
Top