The most surprising moments in One Piece 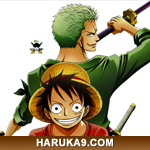 One Piece has a series of unexpected moments that leave us flabbergasted. From its beginning to its current chapter/episode, we find ourselves cursing within ourselves or jaw-dropped whenever something happens to the beloved One Piece characters.

What is/are the moment/s in One Piece that leave you quite astounded?

As for me, here are the things that make me quite surprised:

1. The revelation of identities of CP9 - no one expected that the "heroes" of Water Seven are actually members of a secret organization named CP9. Though I suspected that Califa might be one of them (since she's gone missing during the attack of the masked CP9 in Galley-la Building), I never thought that the speechless Lucci and the mature-speaking Kaku would be one of them? And I didn't even think that the bar tender Blueno would also play an important role in this arc.

2. Laboon as Brooke's nakama - Geez, this really blew me away. During the Laboon arc, I have to admit that I considered that Laboon's nakama is already dead (as assumed by the funny Crocus). But after many chaoters, we get to find out that of them survived and is in fact, Luffy's prospect for his next crew member - Brooke.

The Laboon thing was a shoker for everyone i guess (and poor 4kids that took that away,now they look more bad to OP followers)

and,(this one is kinda old) that Luffy have a brother, and top that he is one of the stronges in WB crew

Ace isn't dead yet! There was just an explosion and he dropped his hat! He could still be alive! For all we know, he killed BB!

hahah you beat me to it ImpelDown, i think ace is alive as well, also another thing that was shoking (not much of a surprice but it made me gasp) was the HUGE ball of fire ace did,that was som humongous ball of fire

a great shock was for me when it was revealed that the pirate-hating Nami is a commander of the merman's pirate crew ... though she had her reasons ...

after about 8 volumes you've seen her laughing, fighting and havin fun and then you see she's a commander of the most dangerous pirate of East Blue: Arlong.

that really shocked me ... but it turned out good ^^

nothing topped the relevation of luffy's dad...crazy..and robin's joining.from enemy to friends

[mod=Luckas]This is a very interesting thread, but you guys should try to motivate your choices, as it has been done in the first post, instead of only listing your preferences.[/mod]

the most surprising moments in OP...


1. Merry saves the Mugiwaras at enies lobby.
all i can say is, OMFG!!!! no way in hell was that predictable. i mean she died almost 100 chapters before that. atleast thats what we thought. and i remember myself sitting there in between the chapters when they were on enies lobby and the buster call was going on philosofizing on how the hell they were gonna get aff that island. my guess was that Iceburg would come there in an army of Battle Frankys... but nope, a dead ship sailed on itself. brilliant!!

2. Monkey D. Dragon turns out to be Luffys father....
OMFG!! who the hell could see that coming? i mean that really came out of nowhere.
we all knew that there were something special with him since he had only been in the manga twice but both of the times made a huge impact and he was mysterious and stuff.. but luffys dad? wow!

3. The Gears
this manga is sooooooooo great at everything but one of the greatest things with it is the absence the DB-syndrome. 300 chapters in and the first MAJOR powerup on the main character arrives... friggin awesome!

and there are more things of course but those are my top 3.
and i know that they are all in the most recent chapters but, they were still the most surprising to me

I would have to say that aside from the already obvious one like CP9 that were listed. I think that when Mihawk showed up during the Sanji arc and just cut Kreigs Galleon to hell was damn suprising since no one ever saw that coming. That and him damn near cutting Zoro in half.

I was shocked to death when oda reveal Dragon as Luffy's father, I had to take a look at the volume to recall their first meeting at Logue Town, same thing happen when i read the Brooke's connectionwith Laboon.

1. Merry comming to rescue her nakama that was amazing just how turned up and every one was saved it was just so touching and unexpected

2. Cp9 obvioulsy this was a huge shock to every one come on who would have thought that thoose guys where the bad guys that had tried to kill iceburg

3. Brooke as laboons nakama this never saw it comming i always thought that laboon would just make another appearance towards the very end of the manga but no oda just comes up with this awesome

ooo and i must say the most shocking thing in the storie was discovering the true identity of sogeking ! lol

-well vivi turn out to be a princess was kinda unexpected.. i thought she was going to be a minor character.. consider she so weak and all
-shank as an emperor.. was like wow i didn't even comprehend that..
-luffy had a brother, father, grandpa,... my first impression he was some kind of an orphan..
-the whole idea of an island floating on the sky was also unexpected...

combine with what everybody had already said...

interesting fact
*luffy didn't know who his father was???*

when dragon stopped smoker in loguetown, I thought that this guy would probably play an important role in the later part but man, I never expected him to be luffy's father?!! the mystery abt luffy's family is partially solved and wad a shocker that was. I wonder if they are going to shock us even more abt luffy's mother.

and the merry saving them. definitely! the whale that they first encountered after crossing the reverse mountain was wad came to my mind when I thought of a nakama from the sea.
when the ropes were thrown down for sanji to climb up. I just find that awfully freaky. Sure, merry can talk and everything as a ship but.. well there's a limit to it

the fact that luffy turn into a chibi after using his 3rd gear is damn hilarious!!

also that blackbeard was the one who injured shanks, didnt expect that... yassop growing buff, brooke is the nakama of laboon, edward teach and his crew are the blackbeard pirates, there's so many, i cant remember them all...

that surprising me, that Luffy ( or Oda Sensei ) think like that

For me.. When they revealed Luffy's father and grandfather.. it blew me off and made me think for minutes..

Gear2... shanks injured... brook that he is nakma of lappon (for the 1st time i feel Oda is very very smart with this twict he made in story line) ... enel isnt capable of hurting luffy with electroinc ... and im just wating for whats the weak point in smoker i think its gona blow my head off.

I am a huge fan of Zoro and Luffy.....but the part where Sanji developed his Fiery Leg (Red Leg Sanji) ability during the battle with Jabura was one of the best part.