Anyone interested of me uploading these to view or download? Maybe I'll just do both of them LOL. It is mostly with players in the 2008 league.

Also, Starcraft is one of the best damn game ever made. There's so many strategies to kill people.

Three plays of Starcraft 2 alpha by pro players with commentary from lead designers:

Let's hope the carrier+reaver/shuttle taccs will still work :x
And please give the dark archons some powerup :x
them + archons and zealots <33333

When it get released we should have MH tournaments :x

I saw the battle-reports some time ago and it looks awesome :x
I'm basically in fanboy mode

No one seemed to use the Protoss very much in Starcraft I (apparently too slow or something), so I hope Blizzard improves them to make Protoss a more popular side. I mean I liked Zerg because they were fast and weren't too weak. I didn't enjoy playing as Terran for some reason.

:O Protoss might be slow, but block entrance to your minerals with a pylon while getting ~3 or 4 zealots really does the trick in the beginning...

Zergs were funny but you need more exps than the others if you wanna keep up economically and you need a lot of hatcherys to be able to get up your macro.. :<

Terran was just plain no, boring :<

Bumping this, cause I just got into the beta! \o/

I wrote up how my first matches went here. (Sorry for the shameless bloglink, but it's kinda long, so I don't wanna just copy it.

I know Blai at least is in the beta too. Any others? Your thoughts?

\o/ I play protoss and won my first match, rest have been vs bots for the lulz. I'm in love with the Warp Rays. My god they are beautiful.

Hook me up if you have the beta "Blai.Classekock"

Poke. No-one else plays it? D:

i am new to StarCraft..
( i am not new to RTS as Command Conquer , Command Supreme, and DOW)
i want to learn about Starcraft and their requirement for play SC2 since i tried to look at fan or game site ... but it is many of post or pick me because i am not fan of SC1

what you recommend site or helpful tool for it... since i seen trailer .. i wan to play SC2 but it will be Skirmish match since i like it beacause it is enjoy to Skirmish ... 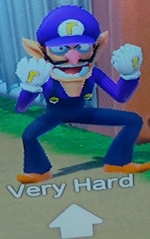 Just finished the campaign of starcraft 2...and it was amazing...the graphics are great, some of the speed issues of certain gaming elements were improved...I'm not much of a stracraft fan, but what I liked was the story...I always played games for the sake of story, and in starcraft 2 the story is built up in a great manner, there's some comedy, lots of action, too bad Wings of Liberty is just the terran campaign...I always played terran and some protoss so I really liked this one, because

in Wings of Liberty some protoss subcampaign is added and it looks great with Zeratul in charge...the protoss ships are the best of the best
i can't wait for the expansions, seems like the second one will be the zerg campaign with Kerrigan and then at last but not at least the protoss one

Question:anyone managed to play skirmish somehow in starcraft 2? I have a pirate version so don't bother telling me to buy it

I played a bit of the campaign on my friend's PC and it's bloody brilliant. One of the best campaigns I have ever played in a RTS. The cinematics, the action, the gameplay, plot, soundeffects ... This game has it all.

I was a beta tester for SC 2, and I'm a Protoss player so naturally I'm looking forward to their campaign, even though it will be the last one. I'm sorry to say that the balance is more in favor of the Zerg and Terran, so Protoss really is lacking in the number of players on Battle net right now, but hopefully that changes by the time I buy the game.

I'm an old StarCraft player and multiplayer is something I'm definitely looking forward to in this game as well. I'm worried that it wont be as balanced as the original SC seeing as how Blizzard messed up WarCraft's balancing, but I'm trying to stay optimistic.

tl;dr - awesome game, you should play it if you ever liked a strategy

Once again I'm playing alot of Starcraft 2. I had a beta key early on and really played alot during beta time, less since release but right now I'm training alot again.
I was playing Terran since the very start and I'm following the esports community closely as a former not-too-shabby CS 1.6 player, so campaign was very easy (I love that Kerrigan Avatar for all brutal missions), yet some missions were kinda tricky. I love that since there are many RTS games that are just totally easy mode once one has a bit of experience. Unusual for Blizzard, I think the story and characters totally suck. Maybe reading Naruto spoiled me too much, but those characters are sooo flat and stereotype, I'm not the first one to complain about them seemingly beeing designed for six year old children.

Regarding multiplayer, I just recently got into diamond league and still have less than 50 1on1 laddermatches, I guess that's less than I played during beta each week. SC2 can be kinda stressful in 1on1 ladder so I enjoy playing 2on2 ladder as random race.
I see the last post is a bit old already, so regardings the balance: Zerg definitly lacks a unit right now, they have too few available tactics what's unusual for a game made by Blizzard. Especially Terrans have an advatage over Zergs. Terran and Protoss seem fine though if they play against each other. Koreans say Protoss is a bit too strong, Europeans say Terran is a bit too strong, but overall they compare rather equally.

Is there anyone following the tournaments at the moment? GSL in korea is really nice, once again Korea seems to have alot of high class players this early on. I'm thrilled with Dario "TLO" Wünsch's progress since he's one out of only two remaining foreigners and from germany as well, he passed Round of 64 yesterday quite easily and I hope he can qualify for GSL

TLO is brilliant...I never seen somebody who could get so far playing random for a long while...he switched to terran IIRC...

I've never really been a starcraft gamer, but I played SC1 back in the day a bit...just to finish the campaigns...I'm replaying them now, but I have to say there's soo much difference between SC1 and SC2...I mean the campaign part...the story was made soo well...I was completely overwhelmed by the graphics ,the gameplay and the way the story got connected to the first and brood...excellent game...

I bought the game but unfortunately my computer can't handle it. I have nowhere near enough ram to play the damn thing. Hopefully someday though. If someone has suggestions (other than setting every plausible option to low), I welcome them.

^Well I don't know what your configuration is, but my PC is pretty shitty and the problem I have is not with RAM but with graphic card and processor. I have 2 gb RAM and it seems to be quite optimal since a friend of mine with same RAM and better CPU and graphic card plays the game quite comfortably, unlike me, who can only play on the lowest settings.

I have a measly 1 gb.... There could be other problems however at the moment I wouldn't know. I can run the game, it just lags quite a bit.

http://www.systemrequirementslab.com/cyri/ --> Choose "Starcraft II" and press the "canyourunit" button. Agree/allow Java to run, it will scan your hardware and tell you if you can run it or not depending on your different system components. e.g. you can't run it because your Ram is 512mb, then it will tell you that, and give suggestions on upgrades to buy. Both for Minimum and Recommended requirements.

I guarantee the safety of that site.


kkck said:
I have a measly 1 gb.... There could be other problems however at the moment I wouldn't know. I can run the game, it just lags quite a bit.
Click to expand...

I played it one low stats, but with a 2GB PC...at least 2GB are required to play newer games...it lagged here and there, but I didn't have any problem with crowded battles and such...so buy another extra GB and it should work...

Does anyone follow GSL? The gameplay improoved soo much, it cannot be compared at all with the Beta period or even early GSLs...awesome shit

I actually replaced my 5 year old computer now and got to play the game. Good stuff although I was a tad disappointed at the multiplayer maps. Most of them were not half as good as warcraft III maps or even as good as the original starcraft maps. I guess it will be a while until the maps are decent. Anyways, I did thoroughly enjoyed the single player campaign. Interestingly I won almost all the missions with marines, medics and drop ships lol. Somehow medics and enough marines just made short work of almost everything I found. I loved the mission with the laser beam, just seeing the protoss buildings get destroyed in 4 seconds was great. I can't wait to see the zerg campaign. Kerrigan seems to have regained her human form but according to blizzard the zerg campaign will be about kerrigan strengthening the swarm and regaining control which is kinda strange. I do think she will show a bit of a change in her personality though, something in between her original human self and her brutal zerg self. Wonder how rainor would react to that..... Another interesting thing is the protoss side quest. Wonder who is utimate bad guy.... he disposes of the terrans, kills the protoss and then gets rid of the zerg he controlled. Is it really a zel naga?

What difficulty did you play campaign in? Although it doesn't really matter actually, people told me that mass marine-medic worked in Brutal difficulty, too. I played it on brutal with the "normal" way, lots of siege tanks and stuff.
The Multiplayer maps seem absolutely fine by now. Of course it depends what kind of map you preferr. Steppes of War is really too small for much of tactics, but Xel'Naga caverns is pretty nice, and Shakuras Plateau is a really huge map where you can take a lot of expansions.

@ Benelori: Yeah I followed most of GSL, and currently IEM are going on at Cebit!
http://tv.esl.eu/de/
SC2 is live on Event Stream 2 (in english) and (GER) Studio 2.


Are there any players who play SC2 on european server here? I guess kkck will have his on american server?