Which Next-Gen console do you intend to have?!

Well i'm already selling my kidneys for a PS3. Quite expensive video game but i think its worth at all as a good entertainment machine (And I also say that as the angry gamer that i am, having all consoles system since Atari 2600)


Eight Days + Final Fantasy XIII + Metal Gear Solid 4 + Heavenly Sword + ZOE 3 + MotorStorm + Warhawk oh gosh Sony Console its damn too hot. Going to try to buy one at the launch day (Too sad that i live in brazil and probably i wont get one in 17 Nov. )


And i do intend to have a 360 also, but i dont like M$ and their "policy" so i'll buy a PS3 first. And about Nintendo Wii, well...I have always thought that nintendo focus their games way too much to a certain public (Kids that have less than 12 yrs *And please dont throw rocks at me this is just my opinion* ).

And you guys which console do you intend to have?! And why?!

First, moving this to General Entertainment since we are going to talk about next gen consoles. Second, we (my brother and I) are also planning to get a PS3, but we might get it long after its release, say after a year at least. Hopefully by then, there are no bugs and the price has dropped. No plans getting a 360. Depending on how much money left after getting a PS3 (why must it cost an arm and a leg?), we might pick up a Wii but I doubt we would.

I'm going straight for the Wii, because i've been born a Ninty fanboy, and it still lasts because i just see more games that i want to buy on that console than on the others. Also because of the cool new functions it gets, the free online gaming, the fact that it's one hell of a lot cheaper and all that. And also, even if i was considering buying one, waiting for Summer 2007 for a PS3 is just a tad bit too long for me, i'll just cash in that Wii on December 8th and be happy as hell.

Also, it'll be compatible with the Nintendo DS, in my opinion the best handheld console Nintendo ever released ( the extras it's got over the good old Advance were so much larger than the improvment from GB to GBC or GBC to GBA respectively ).

Oh, and if i were to buy a second console, it'd be the 360, because i'm pretty sure Sony will mess up their stolen controller-movement technology, while the Wii's has proven to work just fine... only problem will be whether it's possible to play longer than an hour like that without tiring your wrists? Ah well, i had my thoughts about the DS's two screens too, in the beginning, but that worked out just fine, so no problem i guess...

If I do get one of the next-gen consoles, it will probably be the Wii. Here's why.....

1. Price: As with their previous consoles, Nintendo's latest offering will be cheaper compared to the PS3 and the 360.
2. Problems with competitors: The PS3's launch quantity seems to be shaky already, and the console itself seems to be doomed to failure....then there is the "WTF??" price for it. The 360 doesn't really have those problems, but seems to have a lot of games I'm not that interested in. (Only XBox 360 game I'm looking forward to is Halo 3).
3. Gameplay: The preview vids online and at E3 showed that the Wii has a mega trump card in how its "Wii-mote" works and how the games for it play out due the design of the"Wii-mote". I predict that this is the main factor that catapults the Wii's success, causing Microsoft and Sony to quickly scramble to catch up to Nintendo.
4. Nintendo's philosophy and staying power: Nintendo generally hasn't cared much for state-of-the-art GFX or flashy titles for their games or made those qualities the primary concern for their games. They just put out what they choose to put out and don't really care what their competitors put out. While it may have caused Nintendo to slip to #3 overall, last income earnings list I saw (about a year ago) had Nintendo as the only one who gain a profit from sales--both Sony and Microsoft lost large amounts in that list.

I'm going with the Wii, though that's to be expected really. I think a large majority of Australian gamers are going to take to it pretty quickly.

2. Sony (and to an extent, Microsoft) have been flicking off Aussies for years now and we've had enough. We get EVERYTHING late. Xbox took ages, and now with Sony backing out of it's worldwide release, we don't get our consoles until March next year.

3. The Wii is going to be AU$400. It's innovative, lots of fun potential, and there's more hope we'll be getting it before Christmas.

4. If you buy a 360 or PS3, then you ALSO have to go out and buy a high definition tv. And even then, you don't really notice HD after you step a few metres back.

If I had the money, (like that will ever happen) I would definately get myself the Nintendo REVOLUTION! I still think they should not have changed the name. For me there is just nothing out there like it. And when you are constantly broke, like me, you have a strong tendency towards cheaper entertainment.

I already ask my dad to prepare a chequebook for PS3. Although I probably wait for the price to drop. I'm not that rich to buy it off the bat.

360 is really out of equation. If only Microsoft drop the price into the PS3 range, I'll think about that later

one reason and one reason only. nunchuk. coolest thing to ever hit the gaming industry.
i dont care if im gonna have to steal one. i will have my chuks

saving for PS3. since Sony PS is more popular here in our country. with that, more selections of games to choose from.

I'm torn trying to decide on what I want. I've had both the original Playstation and PS2, and I loved them. They support alot of the RPGs and Adventure games that I enjoy alot. Plus the added bonnus of supporting the Final Fantasy games <3

As much as I want a PS3, though, it's so expensive

Even if I can scrape up enough money to buy the console whenever it finally DOES come out, how the hell am I supposed to buy the games when the cheapest ones will be at least $50 USD? >< gahhhhhhhhhhhhh.

I do like some nintendo game, I suppose, but I haven't really played any in a long time. I may just settle for a Wii, for now, at least. It's alot cheaper, for one, and it's probably going to be more solid than the PS3, I'm afraid. I get the feeling that Sony's going to have a buggy platform, and the fact that they keep changing release dates pisses me off.

I won't even consider getting an XBOX, though. I hate them >< Mostly they just support FPS and war games like the 40,000,000 Tom Clancy games XD And I'm definently not into those games >.>

PS3 of course XD. i also want the NIntendo Wii

so PS3 is my current target

Definitely the Wii.
I'll probably have to shell out for a PS3 eventually just to play Metal Gear Solid and Devil May Cry, and also an Xbox 360 because Gears of War looks amazing and I'll need a Ninja Gaiden 2 fix...

But none of those even comes close to how much I want to play the new Zelda, Metroid Prime 3, Mario Galaxy, and Super Smash Bros..!!! I'm also really excited about the Wii Sports pack-in. Now there's a game I can play with my parents! Nintendo's on a roll with their marketing to non-gamers. I have no doubt in my mind whatsoever that they're going to rule this generation.

Definitely getting the PS3 and the Wii. Not too inclined for Xbox 360 right now. When it comes down to it in features you're getting better quality at the same price for a PS3. Plus I won't have to pay for my on-line. (sigh) However I'll probably break down and get it when Halo 3 comes out...

baxteristic said:
I already ask my dad to prepare a chequebook for PS3. Although I probably wait for the price to drop. I'm not that rich to buy it off the bat.

360 is really out of equation. If only Microsoft drop the price into the PS3 range, I'll think about that later
Click to expand...

huh? whaddya mean? ps3 is THE most expensive next gen console of the 3. get your gaming data straight dude.

as for me im plannin on all 3

boddah said:
huh? whaddya mean? ps3 is THE most expensive next gen console of the 3. get your gaming data straight dude.
Click to expand...

lol. Just compare with the future games that have been planned, as well as those beautiful games, the availability of service if something goes wrong and easy access to accessories.

At my place, X-Box is way not worth the money.

PS3- i'm already saving up my allowances and earnings for it

If you have bought it, how is it, any issues? 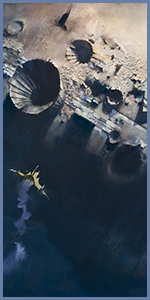 PS3 hasn't been released in Japan. The release date for Japan is November 11th, and November 17th for the rest of the world.

And no, I haven't pre-ordered it, nor do I plan on buying one any time soon. I at least won't be buying one at launch.