Question Who would you cast in SnK live action movie/show?

Ok guys I know I'm not the only one who's stir crazy waiting for chapter 51 lol. So I figured i'd post something a little different. Obviously its not likely we would see a high budget SnK TV show or Movie made in the US but hey stranger things have happened.

So if a movie was ever made who do you guys think would make the perfect cast? Here are some of my picks.. help me fill in the blanks

Commander Erwin: Michael Fassbender, he has the look and he has a very commanding presence and is a total bad @$$ can't think of anybody better for the job.

Dot Pixis: Patrick Stewart, lol this one is for very obvious reasons

Armin: Jack Gleason, he's a young scrawny twerp and everybody hates him as joffrey because he's such an exceptionally good actor, I think he has the look and personality for armin.

Levi: Joseph Gordon-Levitt, he's lanky and unassuming and has a look close to Levi, and he can play a total bad @$$ (IE: inception, the dark knight rises)

Those are all I can think of for now, anybody have some ideas for RBA, Eren and Mikasa?

I can't really imagine Joffrey as Armin, and I don't really think Gleason would be the right actor. He is good, but too tall, Armin is 1.65 m or something.

TheOwl said:
I can't really imagine Joffrey as Armin, and I don't really think Gleason would be the right actor. He is good, but too tall, Armin is 1.65 m or something.
Click to expand...

Well like any adaptation nothing will be spot on I'm more going by his ability to act then anything. Just like if you go by the ASOIAF books Jack Gleason really doesn't fit Joffrey at all, he's supposed to be tall and handsome, the spitting image of Jamie who is supposed to by the book look like brad pitt, but the actor does such a good job I think everybody accepts it, just like Costa playing Jamie, he's no brad pitt but his portrayal is fantastic. 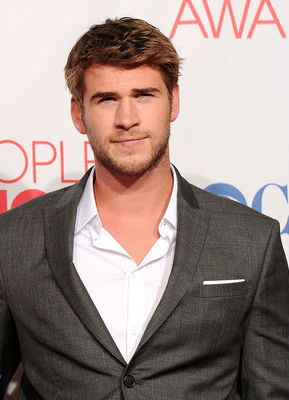 Oh my goodness I love Liam for Reiner o.o

I will probably get lots of hate for saying this, but I want Eren to be Zac Efron.. :/ I think it works guys !!

Great choice! Didn't even think of that one, its funny you mention him because I actually considered his brother Chris (aka thor) for Reiner.

Mm I thought about Chris, he's got that great nose for Reiner, but he's like 30? I think? And Reiner's meant to be pretty young. Both brothers have that flattened nose and the forehead though, very like Reiner.

Eren = Robert Sheehan
(skip to 3:40 onwards and he's got a real look of Eren to him IMO - warning for language & violence in the later part of the clip...)
http://www.youtube.com/watch?feature=player_detailpage&v=oc0rf3qzct8#t=220

I don't know enough young Actors to say much. I can see Joffrey as Armin and maybe Chloë Grace Moretz as Christa. I've seen people say Kristen Stewart for Sasha but I haven't seen her act with near enough personality.

For some of the older characters I'm thinking Aaron Eckhart or Chris Evans for Erwin and of course Patrick Stewart as Pixis.
Last edited: Oct 17, 2013

Kristen Steward has all the charms of a brick wall, and I mean no offense to any brick walls out there. She'd never be able to pull off someone as fun and quirky as Sasha, not in a million years. She can be a potato. She'd make a mighty fine potato.
Spontaneously, I'd think of someone like Jessie Cave or Evanna Lynch for Sasha (both obviously with darker hair), because they're both fun, quirky and talented.
http://www.imdb.com/name/nm2728165/
http://www.imdb.com/name/nm2121541/

Patrick Steward as Pixis is perfect.

Levi... oh, Levi is a problem, for one because he is quite short, for another because of his looks. The shape of his eyes is not something any western actors I can think of have and then there is the issue of those faces he pulls. He resembles vaguely a serious-faced G Dragon, but he's not meant to be asian, so I could imagine casting him would be a challenge.

Dakota Fanning would make a fine Christa, imo. She's got the looks and she's not the "typical blonde actress" cliche- just like Christa doesn't quite look like the "typical blonde female".
http://www.imdb.com/name/nm0266824/
Saoirse Ronan would also work, I think.

Erwin- Benedict Cumberbatch, maybe. Have to think about that one.

That's as much as I can think of right now. Mikasa and Hange are really difficult in particular.

Faerie said:
Dakota Fanning would make a fine Christa, imo. She's got the looks and she's not the "typical blonde actress" cliche- just like Christa doesn't quite look like the "typical blonde female".
http://www.imdb.com/name/nm0266824/
Click to expand...


I thought Logan Lerman might also be good for Eren
http://cdn03.cdn.justjared.com/wp-c...gan-lerman-covers-visual-ties-magazine-04.jpg

Well, give effron a little cocaine and he just might appear as angry and rash as eren on a regular tuesday.... Seriously though, other than that I can't imagine him as eren. Dakota fanning makes an excellent christa, good call. What about channing tantum for reyner? Perhaps not the most similar guy uot there but I think he could pull him off based on his previous roles.

Kirsten steward shouldn't act... like in anything ever. Specially not sasha. Sasha has a personality and quirks and stuff. I have never seen a movie in which she actually has something like emotions, a soul, or goal different from obtaining a man to treat her like crap. How about lizzy caplan for sasha? I guess it would depend on whether they can pass her for a teenager at this point though.

Logan Lerman would work well for Eren- scruff him up a little, grow out that hair- I can totally see it. Zac Efron on the other hand, I'd agree with kkck wouldn't work.

Kkck, I think that is unfair. I have seen Kristen do a mighty fine interpretation of a white loaf. It was a movie about Robert Pattinson having lunch in a vegan grocery store and she played a loaf. Very convincing. Never seen empty calories played so well, so I'd vigorously defend my choice of casting her as a lukewarm potato.

edit: sleep-deprived stroke of questionable "genius": could a black-haired Tom Felton pull off Levi? He's too tall, and obviously naturally fair but has lots of experience with dorky hairstyles, snarky commentary and all those Levi-esque things. Not sure about this one.
Last edited: Oct 18, 2013

Joe Pesci as Levi - they're both short and mean.