Like us on Facebook, follow us on Twitter! Check out our new tumblr page. :)
Manga News: Toriko has come to an end; but be sure to swing by and share your favourite moments from the series!
Manhwa & Manhua News: Check out the new Manhwa and Manhua shout-out (March 2016).
Event News: One Piece Awardshas concluded. Check the results Here!
MangaHelpers > Manga > Browse > Fist Of The North Star Toki Gaiden
Home
Chapters
Translations
RSS 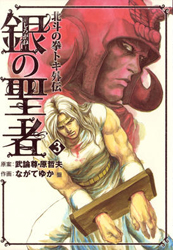 Thought "The Fist of the North Star" was over? Think again. We now enter a spin-off version of The Fist of the North Star, and we focus on Toki. Toki, the second oldest of the four Hokuto brothers, plans to use his God Fist of the North Star to help treat ill people despite the fact that he is ill himself. His generosity created the "Village of Miracles," but a group of bandits by the name of "ZEED" attempt to intrude the peace of the village. Here, the unknown history of the man who was said to have been the closest person to hand down the strongest fighting style of the era is about to be unveiled. [Mamo]