Like us on Facebook, follow us on Twitter! Check out our new tumblr page. :)
Manga News: Toriko has come to an end; but be sure to swing by and share your favourite moments from the series!
Manhwa & Manhua News: Check out the new Manhwa and Manhua shout-out (March 2016).
Event News: One Piece Awardshas concluded. Check the results Here!
MangaHelpers > Manga > Browse > Himegoto - Juukyuusai no Seifuku
Home
Chapters
Translations
RSS 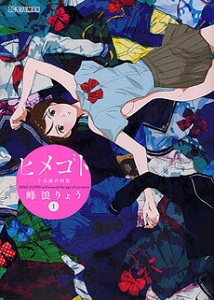 This is a story of a group of college-age people who struggle with gender and sexual identity. Yuki (nicknamed Yoshiki) is a girl, but she is terrible at 'being feminine.' She mostly dresses like a boy and is often mistaken as one. However, she has to wear a skirt and imagine being dominated by a guy in order to masturbate. Nagao Mikako seems young and innocent, and she uses that apparent innocence to sell her body as a fake 15-year-old. She knows her youthfulness can't last forever, but she enjoys tricking the men. Her friends have no idea of her sexual habits and believe her to be sweet and sheltered. Aiba Kaito is a pretty good-looking guy, but he wants to be Nagao Mikako. He often dresses as a girl, picking out clothes that mimic Mikako's style. Though he's into cross-dressing, he is still attracted to women. Will these young adults and their friends be able to handle their 'guilty secrets' and muddle their way through this confusing period of their lives? [tethysdust]