20 years, fan of Action manga and some shounen. Im a decent artist and all that. XD But yeah, decided to join this community.

Hehe I'm from the US. I've been addicted to manga (and anime) since I was really young !

(lol if pokemon counts) Then, around 5 years ago, I started really reading manga..

I really like all kinds, and I'm Korean so I can also read manhwa! (SO MUCH cheaper in korea ^ W ^) .. My favorites right now are probably Ouran High School Host Club, Tsubasa, Case Closed, Goong, and Angel Diary. But I read a variety.. = D = and have spent a looot of my money just buying these books.

I draw a lot, especially doodling in class! Ahaha I dont think I'm that good, but I don't really care, as long as I continue to enjoy it. I especially enjoy drawing food with faces.. (? o w o; i get hungry easily)

Haha well anyway, it seems like there's a great community here~ And if you read this, thanks for reading! ^ W ^

To all the new members, hello and welcome to the great Managehelpers. Please have fun.

I'm new here and am not going to break the routine, so there is my introduction.

I'm Kotora. I'm 31 years old and I've been into anime and manga for almost 14 years. I found this site because of my infatuation with Naruto manga. Not that it's that big wonder.

I'm a stuff/researcher in an institute and I'm working on my Ph.D. thesis. I like cats and horses, music, reading and writing fanfiction, roleplaying (I didn't mention "watching anime and reading manga" among my interests because, you know, it's default option

). My dreams are to learn to write perfectly both in English and my native language and to draw.

MangaHelpers is a huge forum and I'd been just reading certain threads for some time, hesitating to join, but today I finally rallied my spirits and created account.

Nice to meet you all!

Nice to meet you Kotora!! Hope you enjoy the forum!! I lurked around a lot before joining too!!

Whats your thesis about (not specifically)?
What others mangas/animes do you follow besides Naruto?
You said you liked roleplaying, but do you Cosplay too?

hello everyone, im Aibon and i love anime/manga, video games, and cosplay 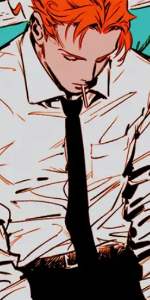 i was one of those people that read from afar til i kinda felt tired of not putting my input in haha <3 but anyway i look forward to being able to speak up now so its nice to meet you all ^^
Click to expand...

Like your nick, can't help thinking your a Morning Musume fan or something?

Anywho, I hope you'll stay around and enjoy the genius that is MH.

Welcome aibon, good to have a new d.gray-man fan


Raysen_ht said:
Nice to meet you Kotora!! Hope you enjoy the forum!! I lurked around a lot before joining too!!

Whats your thesis about (not specifically)?
What others mangas/animes do you follow besides Naruto?
You said you liked roleplaying, but do you Cosplay too?

Nice to meet you!

My thesis is about ecology and biodiversity of certain group of insects in a mountain region. Yeah, sounds scary.

I followed Inuyasha manga and now I'm trying to find a little time for One Piece anime, but it seems that I won't became One Piece die-hard fanat as well, though I like this anime very much. There are my sort of humor and absurd.

As for Cosplay, now I can say that yes, I do! Not as an actor, though. I made debut as a member of upkeep cast of Imperia cosband at Siberian No Otaku No Saiten 2008. And it was so fun!


Kotora said:
I found this site because of my infatuation with Naruto manga. Not that it's that big wonder.
Click to expand...

Welcome to MH, the best manga site on the web, Kotora xD

Hello and welcome to MH, everyone! I hope you have fun posting on the forums and meeting new friends. If you have any question or concern, pm one of the mods and they will be glad to help out.

Hello everyone!I'm Whitey as my alias here.I've stumbled upon this site while searching for good raw manga sites ^^The community here seems nice and there are some interesting discussions here also.I'm a Katekyo Hitman Reborn! and One Piece fan~~those two are top on my manga list XD I like all genres of manga except yaoi, yuri and ****** ><! I would like to try Editing manga too but my japanese proficiency isn't quite sufficient yet~hopefully i can improve it here ^^ I'm like anime too..my top ones are Code Geass:Lelouch of The Rebellion (Emperor Lelouch OMG O.O) and Sekirei
Hope i can have a fruitful experience and nice to meet you all ^^

Greetings and Salutations all

I stumble across this site while looking for Spoilers.I have been a lurker for a while,but I decided to get more involved.It also seems a lot more tamed here at first glance.Also I know this sounds cliche but I am also studying Nihongo.Thanks for having me.

A great big Hello and welcome to the great Mangehelpers, Kotora, Aibon, Whitey and Sergedo. It nice to meet you all and please have fun here.

I am Aiko and I have been an anime and manga fan for about nine years. The first anime I had ever watched was Pokémon when I was about eight, but I wouldn't find out that it was from Japan until about a year later when someone got interested in Evangelion and introduced it to me in Japanese. Being the daughter of someone who has been reading and collecting comics for years and has never failed to stop at the comic shop every week, I thought it was real nifty when I found out that most anime was based on manga since I was around comics quite a lot, and now that manga has gotten much cheaper than it used to be (and thus, easier to collect). I don't even really watch that much anime anymore unless it's based off of a series I am reading and I much prefer live-action drama and musical adaptations. I'm loving the variety in stories and demographics in manga and finding new titles even if they won't ever be animated, much less licensed is a blast. I'm a real shōnen sort of gal, and most of my all-time favorites hail from Jump Comics, such as The Prince of Tennis, Rurōni Kenshin, Gintama, and Mr. Fullswing, though I'm not afraid to try other things like Axis Powers Hetalia.

Outside of anime and manga, I am a Computer Science major and a soon-to-be Music Performance Minor, as well as a foreign language student. I study German in the classroom and French and Japanese as an independent student, though I have come to favor Kansai-ben over Tōkyo-ben as of late because I love the character and the history of the Kansai region!
Last edited: Sep 13, 2008

Beware of iThePirate when he's drunk.. (liek alwayz) and the fun forums is this way ---->

Heya! my names XSasukeX and I am happy to be here.I am a big fan of pats reviewe and plan to do reviews of my own. I enjoy anime two of my favorites are Death Note and duh, Naruto!. I hope to see you all around!.


XSasukeX said:
Heya! my names XSasukeX and I am happy to be here.I am a big fan of pats reviewe and plan to do reviews of my own. I enjoy anime two of my favorites are Death Note and duh, Naruto!. I hope to see you all around!.
Click to expand...

Hello there Nice To Meet, and Welcome To MH, I'll look forward to see you reviewing

WUSSS UPP im hear because i love manga breath manga and one day hope to make it I love love love!!! manga and anime so much SOME TIMES A I EAT MANGA