I'm looking for the best Edited Mangas out there for the coloring group i'm in. Which Group is the best? [Inane], Shannaro, or JapFlap? Right now I mainly have [Inane] and alittle JapFlap.

I prefer Shannaro, but that could be mostly because I know who they are. :P (They already have one group, Sarosaki, coloring for them by the way.)

It's Zarosaki! XD And Zarosaki isn't coloring for them; they're just using Shannaro's forums. Zarosaki colors some of Inane's and some of Shanaro's pages; not just one or the other. - MnK

ooh ill have to check Sarosaki out lol. Yeah my group os colour chaos and were still developing our skills, we hope to color the early chapters asap

See my above edit of Hermie's post for some clarification of this "Sarosaki" stuff. - MnK

Hmm, I prefer Shannaro. No real reason, though. I just like them the best.

i have to go with japflap because they have equal quality [maybe better] to shannaro, and inane is also pretty good on quality... BUT, the one thing that puts japflap ahead is their consistency... i know that shannaro has their reasons for being behind, and i cant blame them at all for that, but the fact is, japflap is ahead in my book

I think all three groups come up with good pages. I remember one time having to merge an Inane page with a Shannaro page because there were elements in both pages I liked. Japflap is new but they're doing great job for such fast Edited Mangas.

My suggestion is just researching all three versions and picking pages to use. That's what Zarosaki does. And I'm moving this to Naruto Edited Mangas forum.

Plese with the answer already? Well then, *lock*

Every team has their respective ways of Editing. Every team is good. Just go with your heart whichever one that you want to use. 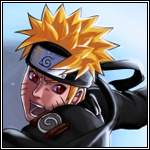