*Please Do Not Exchange or Discuss Manga Raws in This Forum. (Mangaplus/Jump+ Titles are Acceptable)
*Please Minimize Discussion About the Plot, Characters, or Content of Individual Series. Some is to Be Expected but Please Stay Within the Context of the Thread Topic.
*Please Place Any Potential Spoilers in Spoiler Tags Even For Older Series. The Manga News Section is Not Dedicated to a Single Series, Assume there Will be Members Reading a Thread Who Have Not Read the Series Being Discussed.
*Please Do Not Start Threads For Individual Series.
Last edited by a moderator: Jul 13, 2020 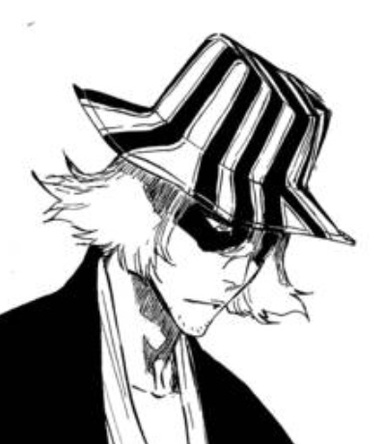 Hello everyone, Halloween here. I’d like to discuss some relatively new guidelines that have been implemented in the Otaku Cafe. I’ll list each of them in this topic explaining what they are.

1. Three Volumes Topicality Rule - This guideline is specifically for the Weekly Shonen Jump ToC thread. When a WSJ series reaches three volumes in length, specific plot discussion for that series is now considered off-topic in the thread. So essentially, after three volumes, more in depth plot discussion must be done in threads/sections that are specifically dedicated to that series.

2. Repeated Genre Complaints Rule - This guideline is again for the WSJ ToC thread. Complaints about specific genres missing in the magazine, or too many of a certain genre being in the magazine, can lead to a user(s) posts being deleted. Now, this guideline is not ironclad, assuming your points add value to the conversation. If they’re just repeating the same points over and over, however, it’ll eventually lead to deletions.

3. One Piece “Leaks” Rule - If you’re a user that shares early information about One Piece being on break the following week, that is perfectly acceptable. However, if you’re “leaking” that it’s *not* on break the following week, that’s not acceptable. One Piece runs more often then it doesn’t, so sharing that particular tidbit of info with the masses is unnecessary. Now if this were Hunter x Hunter, for instance, that *would* be useful information.

4. English Summary/Descriptor Rule - this guideline is pretty simple. Henceforth, users cannot post Japanese text/scans/tweets/etc without a proper English summary/descriptor explaining what exactly it is. This also applies to sales information and the like. Partial and/or select summaries are also not acceptable if the information posted encompasses information about multiple series. Do not share information about one series and exclude summaries for others, if they’re also featured.

And there you have it folks. If any of you have any questions, please feel free to shoot me a message.
Last edited: Jan 9, 2021