Theory Parallels Within One Piece 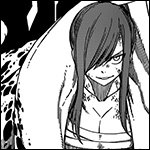 Now this may divide the readers as it may appear to be a very subjective interpretation of the observations I have noticed within the recent arcs of One Piece, but there are observations I do believe are worth noting.

I only found out earlier in this week that there is a thread already made that deals with this issue (created in 2012) - Paradise to New World Parallelisms, but since I feel that the parallels extend beyond just the Paradise and New World, I decided to create a new thread. Looks familiar, eh? Yeah, it's exactly based on the very first color spread Oda made for the debut serialization of OP. This was also done in both the covers of Volume 1 and 61 with the titles "Romance Dawn" and "Romance Dawn for the New World" respectively. After that, I noticed some (a bit more subtle and not really direct) parallelisms in the story that I'll just point out without further elaboration (it's up to you to not really consider it if you like): Since last year I have been creating a list of similarities the recent arcs of the manga share with earlier arcs (post-timeskip and pre-timeskip), but now with the Dressrosa arc heading towards its concluding phase, I find it an appropriate time to share my observations (which others likely made as well):

As one can see, there are quite a bit of similarities relating to certain elements within the arcs of pre-timeskip One Piece and post-timeskip One Piece. Now some elements seem to be parallel but overall the arcs are different from each other and the new elements introduced each arc are enough to keep the arcs fresh and unique. But if we do continue looking at the parallels between certain arcs, what should end up happening if the Dressrosa Arc does continue to follow the flow of the Alabasta Arc?

Thank you for reading, and I hope you enjoyed it.

Dude, seriously, you are awesome. 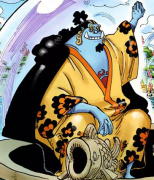 You are the theory Guru....i shall bow down to you .

The Straw Hats get involved in hostilities between fishmen and humans, including a focus on Nami and her past - Arlong Park/Fishman Island

Many of the parallels are probably due to the author running out of the ideas. Think of how many movie sequels just copy the original.

A crew leave the group to protect them and fight against another member of the group to save them (Nami VS Usopp in Arlong Park, Sanji VS Luffy in Fishman Island).
You must log in or register to reply here.
Share:
Reddit Pinterest Tumblr WhatsApp Email Link
Top