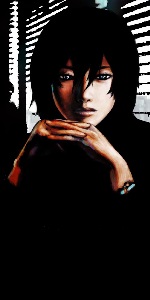 I just had a somewhat random thought...

So I was re-watching that scene from Ilse's Journal and I had a sudden thought, on why that Titan talked/acted like that.

- we know that humans, as mindless Titans, are stuck in a perpetual "nightmare";
-----> this has probably been said already and I think it's obvious at this point, but it's very likely that Titans eat humans "instinctively" because their only hope of ever turning back into their human form is by eating a Shifter. So what can they do besides eating as many humans as they can before they hit the jackpot? It's not that they want to, but it's the only thing they can do with their miserable Titan life.

Now, this is somewhat of a longshot but please bear with me on this one:

- we know that Titans can be controlled simultaneously/ordered to do things, so taking that into account, let's assume for a moment that all Titans are linked:
-> this means that all humans - who are Titans - could be sharing the same Nightmarescape, like an alternative reality/plane of existence where they're stuck until they're either killed/turned back into humans by becoming a shifter;

-> Ymir has been roaming such "nightmarescape" for over 60 years, while others come and go, and because she's likely to be the one who held the longest record, everyone there started seeing her as some sort of Goddess, savior, someone who helped them accept things and maybe even gather some hope.

So, in sum:
- it's impossible to remember the "nightmare", you live it as you experience it: if you die, it's over, if you become a shifter (or rather, if you wake up), you don't remember anything;
- but if you're a Titan, however, something in your mind links the dots from what you're seeing as a Titan and what the human stuck in the nightmare "knows", and this could explain why the Titan bowed to Ilse/Ymir, because that human/Titan knew her and still remembers her from the nightmare that he's still having.

I don't know if this is understandable at all but I just felt like throwing this here. 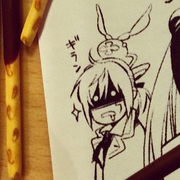 Interesting. I'm not sure I follow (I get the nightmare part, but not how you mean to apply it to Ilse's titan, I'm afraid), but I think this could make for a good standalone theory thread.

kannazuki said:
Interesting. I'm not sure I follow (I get the nightmare part, but not how you mean to apply it to Ilse's titan, I'm afraid), but I think this could make for a good standalone theory thread.
Click to expand...

I'll try to make it a bit clearer: we know what Titans are, and how they act (for the most part). Now, let's say that for every Titan that's out there, there's also a "human" stuck in said nightmare, a nightmare which is shared by all humans in this situation.

So while we have the Titans as enemies roaming the real world that we see in the chapters, there's also an unseen "place" where all these humans are trapped (nightmare).
The only way for the humans to be released is to either:
- be killed (their real world, mindless Titan form is killed/evaporates, as does the "human" who vanishes from the nightmare);
- become human again by having their mindless Titan form eat a shifter and gain their powers.

Now, as we've seen, whenever a mindless becomes a shifter/human again, they can no longer remember their nightmare, and if said human/Titan dies, well, it's not like they can shed some light on the matter.

Ilse's Titan, however, was alive when he came across Ilse, which means that the human inside him was currently experiencing the nightmare, and as such, he could remember Ymir from her time on the nightmare world with everybody else. The Titan's brain likely had a "short-circuit" where the thoughts/memories momentarily switched places with the human's, allowing the Titan to act more like the human who met "Ymir" before reverting back to its Titan's ways.

Argh, do you know Gantz? If yes, imagine that the nightmare world is exactly like the people still stuck in Gantz: only they know about it. When you're out of the nightmare, it's like you've beaten the game and got out but have had your memory erased. The Titan acted like he knew Ymir (who used to be part of Gantz but got out/beat it) because the human inside the Titan is still playing for Gantz and remembers Ymir from there.

disregard if you're not familiar with Gantz 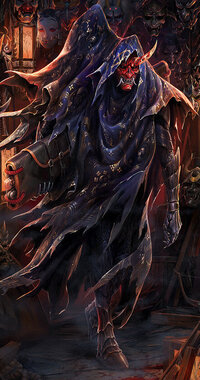 Thats a really nice theory! but for me at least, it makes sense to think that ymir was the "ruler" "queen" or "savior" of certain group or village, until they were hunted/punished by being transformed into titans, lets not forget she was "hated just for existing" by her people (not ymirs people i guess)
Last edited: Mar 2, 2016

I really like this theory. And with further explanation and details, Isayama can actually put in some great twists to the plot and add some intense storylines.

For eg. somebody gets injected with that serum Levi has and gets transported to this alternative world and finds a way to get out and/or save all the humans. He may even incorporate that 'See you later Eren' line from the first chapter somehow - say Eren's coordinate ability allows him to access this world and he has to do something there which could save all the Titans.
Last edited: Mar 5, 2016
You must log in or register to reply here.
Share:
Reddit Pinterest Tumblr WhatsApp Email Link
Top