No, not the anime. This is much better.

Synopsis
The era of Louis the Sun King. Mystical Poets write their poems in the blood of young maidens in order to gain power. Words such as PSALMS and PALMSS have been etched into the skin of every one of these maidens when their bodies have been recovered. The poems are call for an uprising against the government.

The police force and French army have proved useless in stopping these murdererous Poets. Only one person is able to rise against these Poets, and she's dead. She fights through her brother d'Eon de Beaumont's body, slaying the Poets and retrieving their poems for revenge, as the Poets were the ones who took her life.

Great! wow 96 pages thanks guys for the work on the chapter this looks interesting.

Lol, I was just about to make the Chevalier thread myself.

So yeah, people, read this manga. And then come back and worship us and such.

waaaaaaaaa!!! awesome effort. Reminds me of the first naruto volume.

i love chevalier. at least the anime is what got me into chevalier. I guess it is time for the Manga-

lol, you dont realize how long this was in the works. Nice release, time to dl

Oh my god! 96 pages? That's like the double of the first one piece chapter. I'll be sure to check this one out pretty soon.

You all should. Strays put a lot of effort and time into this project.

I typeset till I bled.

But it was worth it. So I hope you all enjoy.

I'm a sucker for period stories in any format, so for me this was a treat. This D'Eon de Beaumont character really existed. We're going to do some extras for the full volume release, talking about the era, the real D'Eon, Louis XIV, the spells Lia uses and other interesting tidbits.

Is this all blood and gore and stuff?

There is a decent amount of gore, but that's not the main focus.

Does anyone know if this manga is still running or if it's completed? I cant find much more than info about the anime and 3 japanese volume releases...

It's ongoing as far as I know. It comes out monthly in Magazine Z, though no one scans those in.

Hell, no one has scanned in volumes 2 or 3 either, so that's why we don't have much more information about it.

Wow, Strays are doing a LOT of good projects here.

woah! thx. Is the anime still on going? Do you know where i can get them?

The anime is still being subbed (by Shinsen-Subs among others). Our group has no hand in it, btw, we only deal with manga.

You can find the releases on baka-updates.com.

they have more up their sleeve. One of my, shortlived, pet projects is sure to please, if you like this. 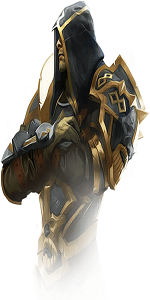 All Hail to Strays...!!! You sure have a lot of projects that I'm starting to wonder how you manage staffing people for these projects... Anyway, I give my respect to Strays for an awesomely very well done job!

No that's what I call worshipping. Well done.

MangaDictus said:
All Hail to Strays...!!! You sure have a lot of projects that I'm starting to wonder how you manage staffing people for these projects... Anyway, I give my respect to Strays for an awesomely very well done job!

That's a very good question. Until a week or so ago, Strays was only Devin and me (with Neo lending a helping hand whenever he had time). We managed (albeit rather slowly, hence the late date of Chevalier's release considering the translation has been ready since September at least). You can find out more about Strays in our presentation thread if you're interested.

By the way, if any of you like Chevalier enough to see faster releases, come help us. We use tank scans, which means the cleaning is relatively easy (though there are some bitchy redraws). Typesetting is a bit harder than your run-off-the-mill series, but it's doable. So yeah, someone good at redrawing. We could definitely use someone like that.
You must log in or register to reply here.
Share:
Reddit Pinterest Tumblr WhatsApp Email Link
Top