Using NBST's Edited Manga, here's my thoughts on chapter 310. Not much to say this week really, but here goes.

As always, feel free to make your own comments!

​
1. And the 'Road to Sasuke' leads back Home...! - For once I'm not going to start with a comment on the cover, but with a thought on the chapter as a whole. Bear with me for a moment

I don't think some people exactly get that this chapter is designed to be an epilogue, and for that reason I think it wasn't supposed to be very exciting, nor was it supposed to do anything but wrap up a few loose ends and give us an idea of how the characters are reacting to their recent experience, and setting us for the next ride. That's all. Okay? I don't mean to insult anybody's intelligence, but some people seem to not to get that. I've heard a LOT of people complain about this chapter not being anything special, but I think people were also expecting for the next storyarc to start already and were left disappointed. Don't worry, it's not that long before the next storyarc starts, really! XD Anyway, so with that that being said...

The colored cover, well, I've said it before and I'll say it again, Kishimoto's imagination as far as Konohagakure architecture - it's excellent; sometimes I wonder where he gets his designs. At first glance, the cover doesn't appear to be all that dynamic, but I actually think his buildings are in themselves dynamic. It's just cool. I mean, you take a look at a detailed map of Konohagakure and it just blows your mind. I wonder where this particular building is on that map? XD

Also, I believe that this cover was just there to prepare us for a "tour" of Konohagakure, as we were going to jump from place to place throughout the chapter, which is just basic sequential storytelling. I don't actually think that we'll learn about the function of that particular building, who lives in it, or what, and that it's even all that significant. I could be wrong, but I think it's basically just a stage prop. But fun all the same.

2. Not So Proud Anymore - When I saw Naruto slumped over, believing that he was weak, I couldn't help but think back to what Hinata said to him at the outset of the Chuunin Exams. About how he may be a "failure, but a proud failure."

I think these failures are beginning to take their toll on him, though.

3. A Little Support Goes a Long Way... - Actually, I think Kishimoto is doing the best job of any mangaka of showing how friendship can be so crucial in life. I mean, that's the basic tenet of all Shonen titles, right? And it's a major theme in Naruto, and it's never been so obvious as in this chapter.

At the beginning of the series, Naruto felt that he didn't need anybody to accomplish his goals. Sasuke didn't feel like he really needed anybody either, but was more willing than Naruto to accept teamwork. Sakura wanted companionship of a different sort, so she had a different challenge, to become more independent and self-sufficient. But that's all in the past.

Now, Naruto's never been so depressed in his life before - so now, people are having to pick him up now, when he can barely stand on his own legs anymore.

Here, Sakura for one of his arms, Sai for the other arm.

Plus, I also think that depending on the support of others will go a long way towards making Naruto a little more humble as well, and possibly even better at teamwork. Which is definitely a characteristic that every great leader needs.

And then there's Sasuke. He, on the other hand, chose a different route, and for doing that, he's in far more danger from himself than any enemy he might have to face in the future... including Itachi... and now he's refusing friendship and the help it might offer. He's digging himself a deeeeep hole...

And, you know, Naruto saying "We're not gonna give up!" was probably the perfect response that he could have given the Godaime, considering how she had always put his faith in his confidence and bravado. In a way, that line probably saved Naruto's own freedom, too. I mean, think about it; if Naruto had said anything else, had expressed dismay and a feeling of powerlessness, then I really believe that Tsunade would have acquiesed to the Elders' demands and keep him on watch 24/7, and that would have basically been the end of the series, as Naruto would basically be reduced to garden tasks again. Scary thought!

5. Sai... What Happened to You!!? =O - Must've been what Danzou was thinking when he had that convo with Sai there and Sai smiled XD "Who's the sonuvabeeyotch who charmed you!?? It was that whippersnapper Naruto, wasn't it?? FEH!"

Anyway, I'm looking forward to learning more about Sai now that he doesn't have a hidden agenda and isn't an antipathetic member of Team 7 anymore. At first, I thought he would be an extremely temporary replacement, basically story fodder at some point, but it now appears he might be with Team 7 for quite a while, doesn't it! At least Naruto and Sakura won't be left short-handed when it comes to competing with other teams for special missions, if they ever have to.

6. Emotion Breeds War, Dammit! - Something tells me our ol' boy Danzou isn't completely without emotion and hatred himself. XD

Hope we'll hear his story sometimes, and especially about how he got so disfigured - but I'm relatively sure it's war wounds of some sort, though. It did surprise me to realize that Danzou was only working for the welfare of Konohagakure, not against it. Kishimoto did have us going there for a while.

But my thinking, after hearing Danzou's words here, is that he's not that different from Sandaime in that he wants to avoid war at all costs too, but instead of trying to negotiate treaties, he assassinates people. A true ninja?

7. My Young Padawan... - Speaking of what Danzou said, why do I get a feeling that Kishimoto is a Star Wars fan? Oh yeah...

In any case, it seems to me that Sasuke is becoming kind of Kishimoto's example of how strong feelings and hatred can ruin a man. I think that is why Sasuke has been shown, in recent chapters, to become somewhat less likeable. Also, because Kishimoto publicly confessed in an interview that he never liked anybody that seemed too "perfect," and since Sasuke fits that description for him... So... I have a feeling that he's going to make Sasuke appear extremely flawed in the chapters to come. =/

The silver lining though, is that I also think Kishimoto has actually gotten to like Sasuke a bit more throughout the story. Probably because he made Sasuke not perfect, plus he's in love with his character design. But he's probably still got a plan for the story that he has to follow, although I don't think Sasuke's character is going to be as decimated as he was intended to be at the start of the story. XD

8. But Emotion Can Be Good, Too - I think that's the whole point of Sai's flashbacks here, to Sasuke and Naruto, while pondering Danzou's words. Sasuke represents the worse side of passion. Naruto represents the best side. And witnessing the latter, that's what snapped Sai out of his emotionless state.

9. So That's What He Looks Like... - You know the saying, "A Picture Is Worth A Thousand Words?" By showing that flashback of Sai's brother, we can pretty much deduce from his expression that the two obviously were close, that the brother was probably as mischevious as Naruto was, and probably possessed a lack of self-restraint as well. They were probably a couple of abandoned kids who had met up under pretty intense circumstances, and forced to work with each other, and came to respect each other after a while. But still kids, even working for the Root organization as assassins. There's a bunch of other things I could say about that picture, but Kishimoto has a knack for drawing characters and expressions that really can inspire your imagination to get carried away, even in a single appearance or panel, and he shows it again here.

And I guess Sai's not related to Kabuto or Deidara, after all. Sorry, guys.

10. And the Title is...! Although this was a more drawn-out scene than I think it probably should've been, it was still a pretty touching scene. Sai's a different person now from when we were first introduced to him; we had a "Untitled" chapter, and now we have a "Title" chapter.

And with that being the end of that storyarc, here's what I think the point of it was all about. While the "Rescue of the Kazekage" storyarc was obviously for developing Sakura's character, this one, "Road to Sasuke," was for developing Sai's character.

And now that THAT's over, I think we're in for a fun roller coaster ride with whatever's coming next. Stay tuned...!

RATING: 3 out of 5 Stars. Although an epilogue, that doesn't mean I think it was the BEST chapter ever. I do agree that there wasn't that much going on. But I did like how it closed up the storyarc.

See ya next week! 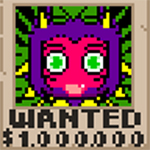