i would like to see this any thoughts??? now that Buggy is a Shichibukai there is a chance that the other members will think he is weak and a disgrace to the Shichibukai and would be awesome because dracule is probably the only Shichibukai that Buggy would have an advantage with using his chop chop fruit
Last edited: Aug 19, 2014 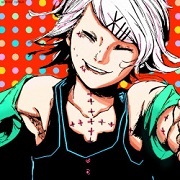 If Haki doesn't work then in all likelyhood Mihawk is both fast and strong enough to just grab Buggy and snap his neck.

in the anime in clearly shows choking without the hand

He is using his hands/hand it's just a tiny mistake that Oda sensei made. If buggy could force choke people with his mind I think he'd be doing it a whole lot more than once in the beginning of the manga.

MIhawk would just punch buggy to death. Buggy might be immune to cuts however he is not immune to blunt attacks. For mihawk to be who he is he still has to be immensely powerful from a physical standpoint and not having a sword would not impair his speed. Buggy is too weak in any scenario.

Mihawk should be able to easily defeat Buggy. Even if we haven't seen Mihawk in a hand-to-hand fight, I am quite sure he can beat someone of Buggy's level.

in the manga it is a bit less obvious but you can see that he didn't use his hands
Click to expand...

TheLuffySmile said:
He is using his hands/hand it's just a tiny mistake that Oda sensei made. If buggy could force choke people with his mind I think he'd be doing it a whole lot more than once in the beginning of the manga.
Click to expand...

What mistake? Buggy just took his hand back before exploding the guy, otherwise it would have been blown too.

The anime staff simply misunderstood the foreshadowing of his Devil Fruit. 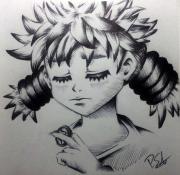 What exactly is there even to debate?

If this is about the question whether Mihawk would be able to cut through Buggy despite his devil fruit, then the answer is most likely yes. Considering the fact that Mihawk is considered the strongest swordsman in the world, it's pretty save to assume his haki is on a crazy level. Therefore he would easilly be able to cut Buggy, from a distance too (see the slash against Jozu).

Even if it wasn't for Haki, Buggy is susceptible to blunt attacks, punches and any sort of pushing movements. Therefore Mihawk only needs to turn his blade to the blunt side and slap Buggy once.

His presense alone should be enough to make Buggy cry and drop unconscious. Look at what Zoro did to Monet, without harming her.

Buggy is a Shichibukai simply because of his huge popularity among the pirates thanks to his apperance in the Whitebeard war. Nothing more.
It's kind of ridiculous I have to actually explain all of this...

Haki would NOT allow mihawk to cut buggy. It is not the same scenario as with a logia fruits. Its not an issue of the strength or skill with haki, its simply how it works. When it comes to logia and specific paramecia fruit it simply allows for contact as normal, it does not negate or otherwise affect abilities. Buggy's ability is to be cut, there is no tangibility or deterrent factor that would actually improve contact with haki as would be the case with a logia or, say, luffy's rubber. Allowing "normal" contact with buggy does not result in him being normally wounded, it results in him being normally cut.

Also, there is no scenario in which mihawk does not have unbelievable physical strength even by the most absurd manga standards. Mihawk certainly has insane technique and skill with the sword but for that to work there has to be an insanely powerful physical body which can deliver and back up those attacks. Its a similar scenario to zoro, he uses swords but his strength has always been more than considerable, perhaps even a match for luffy. Mihawk would invariably be in the same boat, a world class swordsman needs world class physical prowess.

1. i could see the Shichibukai finding buggy to be a weakling and undeserving of the roll
2. i would like to see mihawk fight without his blade

It's not like Logias are not susceptible to Haki, otherwise Garp wouldn't be able to hurt Luffy with a punch.

But in Buggy's case, it's not like he can't be cut, but that being sliced doesn't do any harm to him. It's like stretching Luffy body, it won't hurt him regardless of using Haki or not.

xitalisk said:
true mihawk would probably destroy buggy thats for sure id just like to see this fight for 2 reasons

1. i could see the Shichibukai finding buggy to be a weakling and undeserving of the roll
2. i would like to see mihawk fight without his blade

My point was not about logia or paramecia, haki simply does not work in a way that it actually negates abilities. Haki allows for contact with other people as if they were normal, it allows you to touch the real body. When it comes to buggy contact is never an issue, you can always touch him normally. The issue here is that his ability is to split his body, haki does not address that. Haki is not like BB's ability, it does not stop abilities from working. Even when you hit the body of a logia the logia remains as his element.

I KNOW.... sheesh i was backing your point up guess i just suck at explaining what i mean lol..... i meant if buggys power was a logia (for example if he ate the mera maera no mi instead) then haki would be a deciding factor

now as far as the whole physical strength factor goes i think its a case to case thing think about it..

zoro trains with 1 ton weights and all that shit BUT that doesn't mean a great deal....
he couldn't cut Dazz bones until he could feel his vibrations, he always lost to kuina as a child and i don't see her doing the same training regime as child zoro there are more examples of progression but i think ill leave it at this for now perhaps 3 sword style takes a greater physical toll and that is why zoro trains so hard also
he is a meat head XD

and buggy has taken a metric f*** ton of damage and beatings in the past and has walked away from all of them
so i doubt you could simply punch some one to death if they can survive being struck by lightning,
but yeah i don't know i think it would be interesting and id totally pay to see it XD

Fox666 said:
Mihawk should be able to easily defeat Buggy. Even if we haven't seen Mihawk in a hand-to-hand fight, I am quite sure he can beat someone of Buggy's level.

What mistake? Buggy just took his hand back before exploding the guy, otherwise it would have been blown too.

The anime staff simply misunderstood the foreshadowing of his Devil Fruit.
Click to expand...

there is also a close up of the guy being choked and buggys hand is clearly not there
explain that?

i dont think buggy has this power i just think its strange and worth discussion
Last edited: Aug 25, 2014 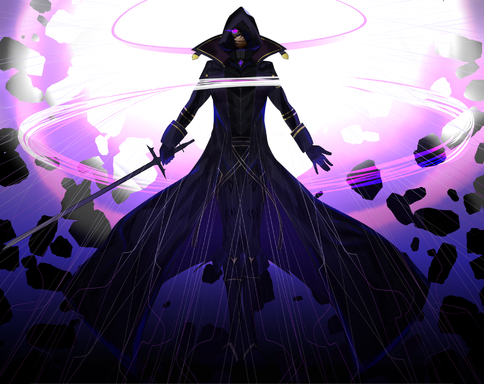