Other If you could be any animal, what would you be?

This was inspired by a discussion I had with one of the Zarosaki magicians, The Exa. He decided that he'd like to be a starling, so behold:

As for myself, I'm still pondering. I'll get back to you on that.

But what about yourself? What animal do you think you would most like to be?

Doing nothing and be happy to do it If it could somehow understand how to use a computer, its life would be an endless dream

I think that I would either be some sort of large cat. I just think that they are are graceful, strong, and proud animals. These are all traits that I admire....so, that could be me. Is there any doubt?

Or even a green anaconda with three heads!

Tamerlane, those animals were cute!!

I'd like to be a wild wolf or snake. One that lives in a group all its life, and one that is solitary until it dies. Two completely opposite I guess lol. But the animals they eat look tasty

You want to eat mice? o.o

But yeah. I like the fact you choice them as they were always in a group. ^^ I'd like to live like that too. XD HAH. XD We're such losers. XD

I'd be a rat. People tell me i look like one too.

But seriously, being able to sneak into any place easily, being fast enough to outrun most threats, and most of all, rats are FAR larger then mice, they even scare the cats away most of the time. ^^ ( like a human wouldnt want to take on a dog, even if he thinks he can take him =P ). Also being able to be a good swimmer, and immune to many deseases ( though they carry them... ) and being a sturdy and durable creature in all... yay!

*notices people in the room with "wtf?!" written on their faces*

Another option... would be my favourite animal, the one creature that disobeys the Evolution Theory and the laws of life in general, only found in Mexico and surroundings, a creature that mates and never leaves it's larvae state... the one and only... AXOLOTL!! (Ambystoma mexicanum) 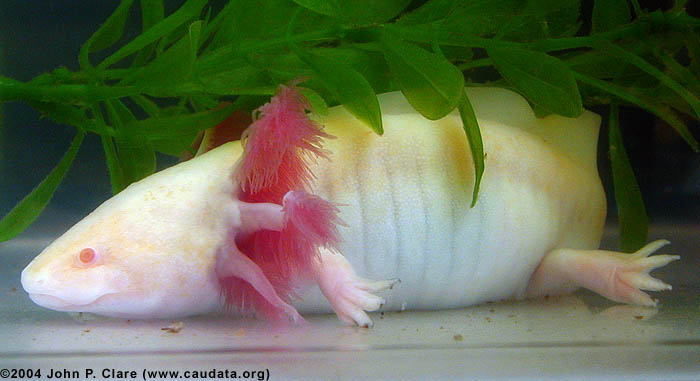 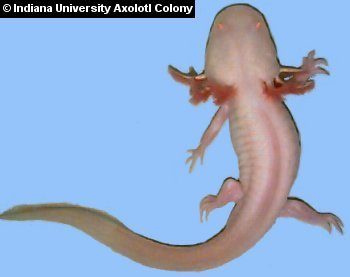 IT STILL LIVES, the species still exists because of some joke by god... that, or because they're babies of Quetzalcoatl <3

Be sure, to ever if you go to the aquarium section of a zoo check whether they have these cute lil' fella's, their way of swimming is... unusual...

If they encounter a wall or something, it takes them about 5 whole seconds before they decide "wait a minute, maybe i should change direction...?" -> PLONK!!

... and you thought the Giant Panda was stupid? Think again!!

As expected from a Pokémon lover!

dragonzair was either distracted or disturbed by that pic he lost his words ...

IT STILL LIVES, the species still exists because of some joke by god
Click to expand...

god did some other jokes too..like platypus..

oops my bad...
you know how internet works

A very interesting thread you made GK! Food for thought for sure... so, the animal which we'd rather be huh? Well, this matter can certainly be seen from many different perspectives!
Going back to a foggy era around 7th grade, I mostly identified myself as someone who bore a hidden, black, dragon within. That vision always made me feel good. I used to think that however small I was, should the need arise the dragon within would wake up and I'd kick butt (namely, the butts of those bullies at school).
As I grew, did more thinking and self searching, I realized how much I loved cats! Cats, however, have always been the mortal enemies of snakes, as tigers are of dragons, and yet I liked all four! I couldn't identify with the cat because of its size and weakness compared to the tiger or panther. On the other hand I've always liked snakes, which although related to dragons are a whole different symbol, since they make up for their size with their lethal poison (those that are poisonous anyhow). In the east the Dragon's Breath is its characteristic, whereas snakes are known worldwide for their poison! Truth is though, I've seen, touched, and even protected snakes from other people, but it never felt as good as, even merely seeing a cat on the street... Tigers and dragons, to me, were mostly symbols, that I couldn't truly identify with either, as if not being able to withstand the power of the kyuubi within. I never thought of a dragon a real animal with flesh and bone, wheras the tiger has always been too strong and elegant for me.
In the short period between that time and the present I've been exposed to different kinds of theories, philosophies, RPGs, stories, pictures (one may even add thinkforms), that I just couldn't identify with any given animal... The cat always seemed, just too weak, whereas the rest didn't feel like... family! Anyhow, that was an unstable period for me, you might say I was generally looking for myself (I still am, though in a different way), so I just couldn't pick any animal or even feel one close to me...
Now? Here and now is a different story... There's one animal that has demonstrated great aptitude as a species, is a "copycat" of sorts (bad joke), an animal as fluid as water, adapting to any situation, in the same manner water assumes the shape of its container, an animal that seems to be ignoring the rules of nature or evolution... the human. Humans are what you make of them. They have the potential for greatness, without general restrictrions from their form like other animals. Humans have very strong and dexter fingers they can use for all sorts of things, like holding a sword, typing this message, or picking their nose... Some shamans believe that the humans can find inside of them and learn how to use the inate strengths of other animals. Personally, I think humans can observe and copy the ways of other animals and thus become anything from predators, to builders, to victims. Depending on the situation a human'
s strength isn't measured by muscle mass alone! Sometimes it's money, sometimes it's "connections" and sometimes it truly is all about muscle... No matter what the human seems to be immitating though, I've known no other animal that seeks communication so desperately! Poems, prose, pictures, drawings, music... such a strong motivation to reach out to others! Yeah, humans aren't just that, they have other sides as well, but to me here and now, these outshine the rest by far.
So, are the shamans right? Do I have all animals within me? I certainly don't think so. Would I want to think so to feel stronger? Perhaps... What about cats? I like them, I don't generally think of them as weak anymore, rather think that it depends on the enviroment and situation. I adore cats, I cherish the moments spent looking at one as if it were a fine woman, but I don't identify as one... Perhaps I am becoming as my horoscope suggests, perhaps I'm starting to oppose change and fear the idea of being anything else than human. Perhaps, I think of humans too highly. Perhaps, I even think I don't know other animals as well, so as to identify with them (sometimes, I think I really don't understand humans either). Which one is it? I don't know... Is it even one of the above? Hell, if I can say...

P.S.: Since posting the image of a human would go against the above (it would be too specific, limiting the nature of the human as I have it in my mind), I'll just post a pic of a cat, the animal I so, adore!

Great thread! the posts had me cracking up!

@ Khal:...the axolotl looks like its got a cute pink feather boa around its neck...very fashionable animal that

me...I want to be a wild horse running free with the wind. Loved the cartoon 'Spirit'. That or a panda bear since i already have the black eye circles to go with the look. The koala bear is next on the list because it sleeps all day!

Ok, after thinking about it carefully, I'd have to be a cheetah.

Neko Nax: Highly...unexpected. o.o When you meant a post that would take us by surprise, I really didn't think it would be that. XD HAHA. Good one though.

But your last two pics were expected. XD =3 MREOW. It's adorable. XD

i'd like to be a wolf. i admired those animals from the very first time i saw one. and i don't mean in a zoo but in my village. have you ever looked a wolf in the eyes.... it's so damn hypnotizing

. they are BEAUTIFUL by all means.
i have more than 10 T-shirts with wolves on them an more than 200 pics.