This is my absolute favorite shoujo manga. If you want an amazing series, I highly recommend it. The main character Sana is hillarious, and you just fall in love with her antics, but at the same time the series presents some really intense issues which aren't so uncommon in society. It's such a cute romance/growing up story. ^_^ Everyone should read it!

Unlike how it looks like (very childish manga), it was actually a nice series to read. Tear jerking fun filled manga it is

i havent read the mang T___T but i love the anime i whatch it everynight (mon-fri) on Funimation tv (CoLuRs tv ._.)

OT- did the mangaka of Kodocha do any other manga's ? *is there anything new ?*

Yes, it really is a good manga..and very funny

I've read until vol 05 so far, thanks for recommending it

I followed Kodocha serialized in Ribbon when I was preteen, reread the whole story two years ago after I turned 19, realized how serious and dark and harsh the problems Sana chan was dealing with were.
I feel like I grew up to some extent. =D (But hey, Robbon's major readership is pretten girls, I believe. It is really profound. and what a traumatic experience for a child ! )

"Feral Hayama" (with leopard-esque ears) was so adorable. I loved comic relief, the squirrel Maro chan, too.


Oh and Isuki san, I think it is just a typo, but it is KodomO no Omocha, not kodomA...
(こどものおもちゃ）
oh come to think of it, what a provoking ring this title's got, lol.
Since Kodomo no Omocha pretty much sounds like a parody of "Otona no Omocha", which means "grown-ups' toys"( sex toys) Ｉ ｇｕｅｓｓ it was a right choice that Obana didnt use kanji for Kodomo.


ssjohn said:
i havent read the mang T___T but i love the anime i whatch it everynight (mon-fri) on Funimation tv (CoLuRs tv ._.)

OT- did the mangaka of Kodocha do any other manga's ? *is there anything new ?*
Click to expand...

i like the anime...
i havent read ther manga..
i have the anime tough..

excuse me guys,, can anyone tell me where to download kodomo no omocha mangas?? i really love it!! but i cant find any sites..please inform me..

Hi yokxzy, you can try Mangatraders first, they have 10 volumes there. It's a good thing that this series have been fully scanlated

thanks nami..uhm, one more question, if u download it there, is it free??hehehe
Last edited: Jun 5, 2007

Kodocha is definitely one of my favorite shoujo mangas and one of my all time favorite anime. I read it over the summer, and I cried and I laughed. And although it looks childish, they managed to put serious content and made it funny at the same time. I really like the friendship that was created, Fuka and Sana, and the relationship between Sana's mother, Sana's biological mother and Sana. Also, the way that Sana matured throughout the course of the manga. 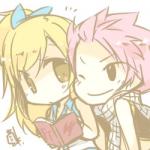 :O I havent seen this in like ages since i watched it on tv when i was a kid, thank goodness for reruns xD It really is dark tbh but awesome nonetheless I havent read the manga though I'll definitely have to check it out!

anyway has anyone read the english translation for Deep clear the honey bitter x kodacha crossover? i reaaaaaallly want to read it especially after finishing now this amazing manga! 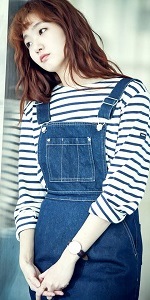 the first and last bride

Kodocha. My, my. Who would've thought that I would stumble across this series again in the future?

This manga, I remember, was the one who brought me back to the otaku world. I started to read manga when I was in elementary school. That was because there were some of them in my school library. No special feelings, I forgot about manga after I graduated. But one of my friend in junior high school told me to check a comic, and I became hooked to it that I went as far as borrowing this manga in a manga rental shop. I even bought the last four volumes! What an addict I was. XD

Anyway, thinking about this now, I think I could say that this story is pretty deep for elementary school students. Sana and Hayama started as elementary students, right? It was crazy to look at Sana and Hayama fighting over few first volumes, then they go as far as building friends, getting to know each other, falling in love, overcoming hardships, and growing mature. It was a nice journey. I remember I was quite sad when it ended. XD

Sana is an interesting character. Positive and cheerful. The type of person I wanted to be when I was a kid. Surprisingly she had that 'strange' side of herself, but the way she managed through it was awesome. Hayama too. He was scary, but he was soo cute when he started to date Sana and got jealous over Naozumi, haha~ Back then I was a fan of Naozumi, really. I wished Sana would just go with Hayama so I could end up with Naozumi. XD Sana's mother, her driver (I forgot his name...), her driver's girlfriend, Fuka, that boy who stabbed Hayama (seriously, I thought he was going to kill Hayama for sure)... Everyone brought together made this story awesome. The characters were developed well enough. ^^

In general, this is a nice series to try. Gonna make you laugh, then make you cry, but at the end you'll smile happily.