Now i couldn't find another thread concerning this but if there is one im sorry.

Now im a big fan of this series and ive only read the first couple of books and the final one of the series messed up way of reading it i know but i still think its a fantastic series.

So you know who are your favorite character's, creatures, momments, places (you know theres some magical ones) just anything about this wonderful series.

One thing i must ask people does anybody know of a place where i can download them?

I just started reading Sandman for the first time. I've read a few of Neil Gaiman's novels so when I learned that he wrote a comic, I had to get it.
Last edited by a moderator: Feb 26, 2008

The Sandman's a great comic, but if you want to get a glimpse of Gaiman's genious, you should read American Gods and Neverwhere! 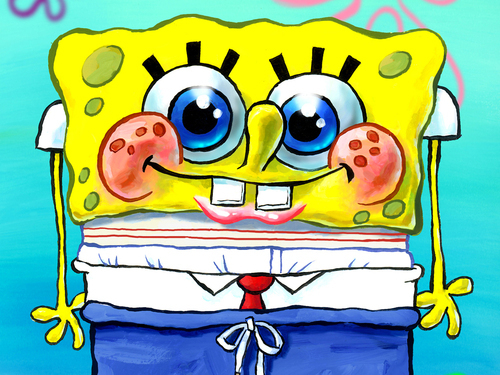 The comics are a little bit expensive, but after reading the novel "Neverwhere" I am really tempted to get them ^^.
Awesome story. Neil Gaiman surely knows how to create wonderful places to stroll around in your fantasy

Well of course his novels would be different from Sandman which is a Graphic novel. And I believe it was his first hand at it. But it had a pretty good run (what an understatement. -_-) When I tried to read it I had to get used to the art first before I could fully appreciate the story. But the premise alone was really enough to get it going.

See you at the next market!

Started to read it yesterday and lasted until issue ~#32 or sth., doubt I'll continue to read it.

I hate how american comics' art is so "abrupt" Action scenes happen for 1/2/3 panels and then suddenly stop, there's no movement. It's as if everything is frozen in time(read: panel).

I also don't like the semi-episodic structure of it. Except the first arc the stories haven't impressed me either. Sure the writing is good, the use of the language and the dialogs are fluent. But neither the stories nor the characters manage to emotionally affect me in any way.

And why do they HAVE to change the art style every arc? T_T Very annoying to see the characters change all the time without any reason. One chapter she/he/it looks young and then in the next one he/she/it looks old etc.

I read the entire series a couple of days, all in one go. Spent almost the whole day on it XD

The art was hard to get used to the first few issues, but I started loving it. So when the art changed, I got a bit mad (Dream stopped looking like Bowie T_T), but the story was still great.

My favourite arc would be the Vortex bit in Doll's House aaaannnd Brief Lives. LOVE Delirium. Favourite character is a toss up between her and Dream XP

If there is one minus about Sandman, it's the ever-changing art and the low quality of art throughout his entire series, which is an incredible shame.

DC was simply in an experimental mood with Gaiman's stories at the time (the series both preceded and inspired DC's Vertigo imprint), so I don't think they ever realized that it was going to become one of the most outstanding pieces of writing in all of English literature. They never really gave Gaiman the artists he deserved.

Although I have to say, guys, I loved Jill Thompson's work on Brief Lives. That's volume 7, issues 41-50. You guys SHOULD at least read that, if nothing else. Issue 50, "Ramadan," is also probably the most acclaimed single issue in all of Sandman.

And at least DC gave Gaiman the ability to end Sandman the way he wanted to, instead of handing it to another writer. They very easily could have screwed Gaiman over on that.
Last edited: Mar 22, 2009

Yeah, I'll admit, the art in Brief Lives was GREAT. Was that her panel with Delirium blowing bubbles? AARGH. I wanna print that up and post it on my wall.

And that particular one in Doll's House; a small panel in the same page where Dream carries Rose in the sky or something?