Ok now is to know who is your favorite hero from Shonen and why.
My vote goes to Luffy, he is the hero amongst heros, i´m not a great fan of great justice defenders like Seya, Naruto or Ginta, but i like Luffy because he´s dumb and in the important situations he only cares about his friends and nothing else, all the rest don´t matters to him, if i could vote again, my votes would go to Sakuragi(the funniest guy from all mangas) or Goku(the japanse version of super-man).

Strange, I know, but I have chosen ryoma. Why? most of them are action shounen heros and it's too obvious for being a hero. I read PoT, all volumes in not time and I like ryoma his easyness

i have to say kenshin he owns

Luffy all the way.

when you make a thread like this. you should never do a poll. because you cant enter all names even if you knew em all (wich is also almost impossible)

Ryo Saeba from City Hunter gets my vote. But he isnt on the list >: (

son goku is the best freedom-defender out there.
but... i like kenshin more than him now...
naruto is somewhat dumb but has good values, same for ichigo...
ginta from mar... i'd have to say 'just for fun hero' is what i would call him... kyo is somewhat too mixed in his personality...

from the list, allen gets my vote.
he is innocent, but strongwilled, doesn't care for worldjustice, but cares for the people in front of his eyes. He has no goal, but keeps on struggling. he has not much experience with friends, but makes them fast and is really caring for them - and learns what it means to be cared for too.

not from the list i would say marco owen from king of thorns gets my vote... he is really nothing like normal heros but still really likeable and
after you saw his past, he gets the best friend of every computerfan xD
so, yeah, i vote for allen walker-dono here.

Luffy. When he's being stupid he is just incredibly funny, and when he gets mad he's just insanely cool

And I wonder why Edward Elric is not on the list but well, there are just as many shounen mangas as stars in the sky, so...

I didn´t put Edward because Full Metal isn´t a Shonen Action o Sport manga, it´s more like adventure, i already read the manga and watch the anime and i think that it´s pure adventure with great plot, that´s why i don´t put Edward.

jotaro (jba3) although he not on the list!or josuke would also be cool

I voted for Rubber man!!!

No one else can get near him ( except his own crew!

) when Edward is not around...

Kenshin, by a long way.

He has depth, a great story, a truly likeable and realistic personality and isn't a complete moron like most shounen heroes seem to be.

Even his character design is wonderful. I find that most shounen heroes actually make me want to do/believe the opposite of their morals and messages, just because I dislike their personality... but with Kenshin, I actually wanted to believe what he said and thought. Which is a real indicator of a good main character for me. I think Kenshin was just perfect, it's virtually impossible to make a better main character than him (I guess the only way would be with cooler attacks or something).

I like Allen Walker too, since he's a bit of a Kenshin-lite. I don't like manner of the others, although I've never/barely seen about a third of the series there.

He's not really a hero though but he's my favorite character on the list. I actually felt that i saw him grow, at a natural pace. Also his JaJaken is the most awesome attack out there.

I only know Goku, Naruto and Ichigo so.. I pick up Goku :x

Firstly, Naruto is more stupid than Goku in my opinion, and Ichigo if he has no motivation to protect someone, than he lacks power xD Thats all ;p

It's a tie between Luffy and Yusuke for me. Both are funny as hell (so is Naruto, but Naruto cried <_<) but they kick ass when it matters. When you see Luffy mad and serious, you know you're fucked. If you put Yusuke's loved ones in danger, you are going to DIE. Toguro proved this all too well. Luffy, Naruto, and Goku have awesome timing though, like when Naruto saved Inari and his mom and when Goku prevented Tien from being killed by Piccolo.


Ahem, one cool seinen/overall hero for me would have to be Asada simply because he's unconventional and focuses on his patients, not on his reputation, job, money, or whatnot. His laidback, carefree attitude is awesome too, for a doctor. I'd definitely list him on the top of the coolest characters, even if he can't do energy beams or lift a rock or destroy a mountain by accident with his girth. 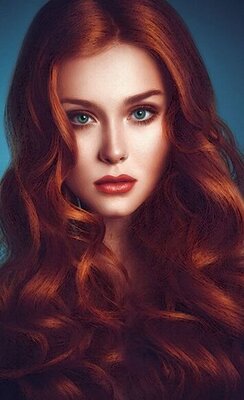 Kotetsu from Tiger and Bunny

He is not your typical hero but he sure is an awesome one. What I like most about Kotetsu and the reason why I consider him a cool hero is because he truly believes in being a hero, in using his powers to help anyone who might need his help. Moreover, the man behind the superhero suit is just as kind, brave and cool; so it is not just a superficial image, he is a hero inside and outside the superhero suit.
Last edited: Jul 3, 2011

I was not really impressed by most Shounen protagonists.

Coolest heroes of Shounen imo: Itachi of Naruto, Gauche Suede of Tegami Bachi and Captain Okita of Space Battleship Yamato. None of these are protagonists though.

No way guts is the coolest overall, specially if animes are included. In shonens, kenshin himura of rurouni kenshin, ma gangryong of veritas, mido ban and amano ginji of getbackers, alan walker of d. grey man are quite the cool heroes.
You must log in or register to reply here.
Share:
Reddit Pinterest Tumblr WhatsApp Email Link
Top