Discussion The Relationship Between Haki and Life Span/Life Force

In response to many people's interest in the topic of life force/life energy/life span, especially after seeing Big Mom taking away 40 years of life span from her son which eventually killed him, I wonder if there is any "cure" to such phenomenon when another cower person/people were to face Big Mom's wrath again. I also wonder if Dr Chopper's "doctoral instinct" would be triggered to stimulate his interest on such a topic. Other scientists such as Dr Vegapunk may probably would, particularly in areas of devil fruits in relation to its users. But if Chopper takes his interest in medicinal science, it may actually become a scientific breakthrough of a cure.

We don't know what kind of research Chopper does though we do know his goal is to become a doctor who can cure any diseases. Besides the general researches on invention of medicine for cure and treatment of diseases, there is a possibility that he is on preventive medicinal cure. That is to say that he may invent methods, in line with his medical knowledge (which I think he is and should be in constant improvement of himself as a doctor), to stablise the haki state, or prolong the duration of usage, so as to prevent a person from suffering an over-exhaustion when haki is used. Concurrently, since haki originates from the life force (or energy), the newly invented medication may actually help his crewmates like Luffy. In other words, Luffy may be able to use his Gear Fourth more efficiently during battles, while maintaining a stable condition of his life force.

Another alternative way of looking at it is on the haki users. In the case of Luffy, his Gear Fourth consumes a lot of energy (haki) and once his energy depicts, his Gear automatically deactivates. But if he uses his ability more often, he may eventually get better at it. It's like the more we exercise (say jogging), the better our stamina improves. It does seem like Luffy gets better at his abilities (such as his Gears) over time as he constantly practising them during battles. If this is so, his life energy probably will not get affected as much as it would seem so over time. Assuming Dr Chopper is running his study on the similar subject and gains success at it, Luffy and many of the Straw Hat members who depend on their life force as a source of their haki, when it's coupled with their gradual experiences in battles, will benefit greatly. 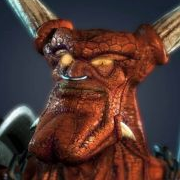 I think that "life force" and "life span" are two different things in One piece.
DISCLAIMER: Obviously there's no need for Oda to gives us a plausible explanation for this two phenomenon, and I'm just speculating.

Life force may be the force of the mind and nerves of one person, or maybe how the cells improves their reaction to an injury when they are "boosted" by the person's "will", or some other process that can be considered "strength" aside from the mere muscular force, and is correlate to the personality, even if the process is subconscious. Life force can be increased through phisical or mental training, so I think that is something not related to spirituality, but biological-like. (Brook is different, because his power derives from his soul "resonating" with others.)

"life span": to me it has a real-life connection with "telomeres", a region of DNA that among other things is a "countdown": no more telomeres and that cell won't reproduce anymore. Stress, diseases, time: anything that poses a stress to the cells can cause the shortening of telomeres, maybe it's a way to greatly reduce the odds of potentially fatal DNA mutations.
https://en.wikipedia.org/wiki/Telomere

As for Haki, I can't decide if it's something spiritual or biological, but it's clearly a force that has something to do with the right genes, stimulated by the right conditions. But it also has something to do with "destiny" and "prophecies", and it seems to be not a phisical force, but a spiritual one.
And maybe it will turn out that Oda's explanation is much more complex than this.
You must log in or register to reply here.
Share:
Reddit Pinterest Tumblr WhatsApp Email Link
Top