In another Bleach thread (http://mangahelpers.com/forums/showthread.php?t=21889&page=9), a user stated that Captain Unohana is a plyable character in the Bleach games. I did not think that she was and wanted to find out for sure.

I mean, we know virtually nothing about her fighting abilities. I know that Ukitake and Kyoraku were given movesets even though we don't actually know what their shikai can do, but to do the same for Unohana just seems silly.

On the slight chance that she is a PC, in one of the games, what are her abilities?


(Once someone has answered whether she actually is in a game, I was wondering if you think that she should be a PC with invented moves like some of the other characters and what moves would you make up for her.) 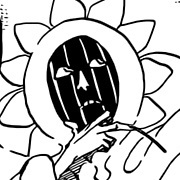