Movies Who are your favorite actors/actresses?

Morgan Freeman. Besides the "____ Almighty" movies, everything he's been in has been gold. Just his presence as part of a cast tells you that the movie you are about to watch is worth the price of admission.

Kevin Spacey. He's basically in the same boat as Freeman, although I don't recall him ever doing comedy.

Bruce Willis/Samuel L. Jackson. Both can play near mindless action flicks to movies with deep plots fairly easily. They even work well together.

Denzel Washington. He's in Oscar-worthy movies year after year. Plus, he's always chewing gum. There's just something about him chewing gum in the middle of his movies that makes him seem more "real" than most. I know it sounds weird, but w/e...

Will Smith. He's made a lot of shit movies, but also some good ones. He became one of my favorites after "Pursuit of Happyness", which was just gold. He raised the standard of what I expect from his future roles from then on.

Christian Bale. Like Freeman and Spacey, I'm also starting to associate him with quality movies. He's been delivering ever since 2k.

I don't have any favorite actresses....>>

Kinda generic, but I'm a big Will Ferrel/Ben Stiller person. I see pretty much all their movies, and they all rule. And although he may not totally count, David Bowie IS an actor, and he IS amazing, so I guess he counts as well.

Natalie Portman -I saw her first in Luc Besson's movie Leon, then I watched her other movies as well and I like the way she acts...
Then the trio Harrison Ford, Ewan Mcgregor and Christopher Lee... They all played in Star Wars and you should watch the horror movies Christopher Lee played in ^^ I love them all ^^
Helen Bohnam Carter and Johnny Depp(not because he's handsome -_-') I like the movies they were in(mostly Tim Burton's movies ), and their weird acting skills and the chracters they chose to play.

For me, there's only Johnny Depp and Winona Ryder. It's a match made in Tim Burton's movies, how could it go wrong.

I mean, he's Han Solo and Indiana Jones, could he possibly be any cooler? (well, yes, if he was Chewbacca, but that's beside the point...) Also, The Fugitive was one of the first real action movies I saw, I know it's not really that action-y, but I saw it when I was ten or so, and it totally blew me away.

[mod=PY]Oh yeah ^^ and in Air Force One, he had the same name as Jimi Hendrix

what did you expect? he can be funny and serious and talkative and quiet and scary as well o.o

can't think of any actresses right now... i have a few but i cannot remember their names right now ^^;

Christopher Walken - the man is a genius, nothing more needs to be said. He seems to play the same character (himself) in every movie, which is fantastic.

Steve Buscemi - whenever he makes a cameo in a bad movie, it's usually the funniest part. (wedding singer speech, etc...) Plus, he's been in some classics. Mr. Pink? Why do I have to be Mr. Pink?

Parker Posey - she was great in Dazed and Confused and Best in Show. An excellent actress, plus she's a beautiful woman.

Steven Segal - greatest action hero of his era (1988 - 1991). He did more for the "my family was murdered, now everyone dies" genre than most people give him credit for. Plus, his talent was awe-inspiring: Segal could kill a room full of guys with just a few fancy arm movements (all while standing in the same spot) and not get a speck of dirt on his ponytail. If you were lucky, he'd only break your arm in 3 places with a light tap, a bemused smirk and a "warning message" for the rest of your gang. Segal rules.

Maggie Gyllenhaal - she was good in Donnie Darko and Confessions of a Dangerous Mind. Plus she's going to be in the new batman movie "Dark Knight" that supposed to be really good. She seems a bit cooky too with some of her film choices.

Don Cheadle - first became a Cheadle fan after seeing the move Out of Sight, one of my favorites (if you've never seen the movie, put it on your list)

Michael Chiklis - a fellow masshole and currently the best cop on tv, Vic Mackey in The Sheild.

I'm going to agree with Ichi on Winona Ryder - sure she's had some troubles, but Winona's a saint compared to that Lohan chick. Plus, she's been in some great flicks (Beetleguise, Heathers...to name a few)

Jennifer Love-Hewitt - she made about a dozen of those "I know what'cha did, and I'm a gunna kill ya" movies, each better than the next. Also, her work in the garfield movies has set the standard for acting with CG animals. Breathtaking performances, in my opinion.

Milla Jovovich - I love the kinds of characters she seems to play. I think shes one of the only actresses who could pull off fighting zombies with guns and doing adverts for loreal.

Uma Thurman - Her performances in Kill Bill and Pulp Fiction were amazing.

Johnny Depp - He fits into so many different character molds and he does them WELL.

Alan Rickman - Snape. OMFG. Snape. HAWT <3 He was also awesome as the Arch-angel in Dogma.

Orlando Bloom - Handsome, genuine and like Depp, can fit a few different kinds of roles

Reese Witherspoon - Sweet Home Alabama was a wonderful movie! She did well in the first Legally Blonde as well. She's a sweetheart for sure =)

Gerard Butler - He was killer in 300, and I thought he was good in Phantom of the Opera as well.

I like Will Ferrel and that's about it~He's SO FUNNY!!=D
Don't you guys agree?=] 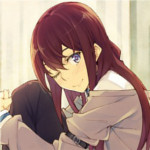 reese witherspoon - i'm not big on chick flicks in general, but i like her in them. she's the type of girl that both girls and guys like. my favorite role for her is her character in election.

christian bale - another hottie. finally we get a decent batman since michael keaton. he's also especially awesome in american psycho.

will ferrell - i just love him. my friends and i quote anchorman and old school like it's our job.

igotthegoods, the force is strong with you.

it makes me wonder too that some director prefers a certain actor/actress for the movies he makes. for instance, tim burton and johnny depp, di caprio and scorcese.
and i also think that chris bale is awesome in the machinist. he dropped 40 pounds or something for that movie.

Ichimaru Gin n Tonic said:
igotthegoods, the force is strong with you.

it makes me wonder too that some director prefers a certain actor/actress for the movies he makes. for instance, tim burton and johnny depp, di caprio and scorcese.
and i also think that chris bale is awesome in the machinist. he dropped 40 pounds or something for that movie.

thanks! you have fine taste, sir

yeah, i think i read that he got down to 125 lbs for the machinist and then had to bulk up to 225 lbs for batman begins in just a few months. that's some crazy dedication

as for the director/actor pairings, you're right. it only works, though, if the actor is really right for the part in that director's movie. it's a good thing that johnny depp is so versatile and fits so well into tim burton's style. i like the scorcese/di caprio pair as well.....the departed was just

edward norton- this man is simply brilliant and a consummate professional...loved him in american history x and fight club.

kevin spacey- same for this guy...lester burnham is my personal hero...the usual suspects was also made of win.

the basketball diaries stands out.

depp- his taste in roles is impeccable...wasn't a big fan of the pirates sequels, though.

matt damon- he's come along way...loved him as jason bourne and good will hunting is a personal favorite

christian bale- i've watched american psycho so many times my dvd melted...also loved him in the prestige (both very good books, btw)

brad pitt- some of his roles are questionable, IMO but his acting chops are indisputable...like norton, he was lights out in fight club...also liked him in snatch

guy pearce- loved him in both memento and l.a. confidential...very intense actor.

denzel- another very intense actor...loved him in glory and training day...i feel that he is typecasted sometimes though and for a while there it was like he made a good movie and then a bad one in a viscious cycle

...loved her in ghost world, but there are some roles i haven't cared for; most notably romantic comedies

natalie portman- she's awesome and also hawt...garden state is a personal fave, and also closer and the professional

ashley judd- i'm in love with her...that's all.

charlize theron- monster cemented her name as an awesome actress...

helena bonham carter- she's very intense and really puts all of herself into her roles, IMO...she was excellent in fight club.

i could go on and on, but these are the folk that stand out to me right now.

Definitely Jim Carrey, Jack Black, and Will Smith. Those guys are hilarious! But when they have acts in which they have to be serious, they do a marvelous job as well.

Gary Oldman - watched one movie with him and from that one movie he became my favorite actor.What he did in Leon was amazing,why didnt the academy give him an Oscar,I dont know,I loved him in Batman Begins and The Dark Knight and also the Potter series,he was the reason why I started watch Potter and I loved it,I wanna watch more movies with him,but I dont have the time,Book of Eli should be great.The problem with him that he appears in stupid movies.

Johnny Depp - hes role in Pirates was amazing,I could watch Captain Jack Sparrow 24/7 in every movie he does something different,not like other actors who are doing the same very movie.

Brad Pitt - Tyler Durden,what he did with that guy was amazing,I can watch Tyler like Sparrow,every little detail was amazing,Oscar worthy,fuck the academy for this.Mickey from Snatch.

Chad from Burn After Reading,I love when he plays an idiot,he really is funny.Lt. Aldo Raine I AM FREAKING PISSED he did not get an Oscar nomination,every single detail of Aldo was amazing and Benjamin Button,I could go on..

Robert Downey Jr. - first movie I saw with him was Iron Man and I really was surprised how I never heard of him before,he acted perfectly,of course in the comic books Tony is taller,but no matter,Robert did a fantastic job,then I watched Kiss Kiss Bang Bang and I cried at how funny that was,then the Soloist,Sherlock Holmes and I cant wait for IRON MAN 2!

there are more actors,cant believe I added Jack Chan,Jet Li and Anthony Andersen in my previous list