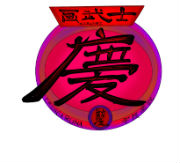 OK, since everybody is heating up for the possible finale (or is it?) of the Autumn Election Arc, how about we discuss about Soma's sudden popularity rise. Now you may (or may not, especially for newcomers) know that from previous chapters, Soma was deeply scorned by the Tootsuki since his infamous speech made public. From challenged and reforming his rivals in Shokugekis (Ikumi and Subaru) and his rivalry against a alumnus (Shinomiya) to even bested one seemly overpowered Nakiri member and came close to beat an expert (3 19 vs 2 20's, you do the math), Soma has proven that his skills are more than meets the eye. Despite his past achievements however, everyone in the Tootsuki still belittled our hero in many reasons: some is due to his humble background while other deemed him "lucky".

Until one moment in the Autumn Election Finals however, everything slightly changed. The students (yes, including one of 100 Subaru's streak victim) began to change their view as Satoshi tries to convince Eizan, the one who wishes to destroy the Yukihira Genius's life since the Karaage Shop incident, to see his young rival with another perspective . From the discussion onward, we have various different views about this turning point (points from Satoshi to Eizan, cause he is among of few who see Soma as special even with his humble beginnings): some are claiming that the Yukihira Genius is seeing victory in his hands while the others claimed that. How do you think Soma's turning point so far?
Last edited: Jan 22, 2015