Like us on Facebook, follow us on Twitter! Check out our new tumblr page. :)
Manga News: Toriko has come to an end; but be sure to swing by and share your favourite moments from the series!
Manhwa & Manhua News: Check out the new Manhwa and Manhua shout-out (March 2016).
Event News: One Piece Awardshas concluded. Check the results Here!
MangaHelpers > Manga > Browse > Blind Hole
Home
Chapters
Translations
RSS 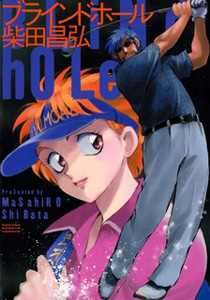 Pro golfer Wariishi Koji's career was thought to be permanently over when a freak accident during a tournament left him blind. His years of experience left him with a kind of sixth sense in which he can feel the wind created by the ball. He then plays only as a partner to wealthy men. But all that changes one day when Takagi Mie, who claims to be “his daughter,” comes into his life and becomes his eyes on the golf course. She instructs him on the distance, direction, and the terrain of the hole and he uses his exceptional skills to make extraordinary shots. The two form an unlikely and unstoppable team that attempts to get Wariishi back into the professional league. [vyc]