Like us on Facebook, follow us on Twitter! Check out our new tumblr page. :)
Manga News: Toriko has come to an end; but be sure to swing by and share your favourite moments from the series!
Manhwa & Manhua News: Check out the new Manhwa and Manhua shout-out (March 2016).
Event News: One Piece Awardshas concluded. Check the results Here!
MangaHelpers > Manga > Browse > Dragon Club
Home
Chapters
Translations
RSS 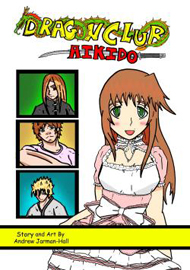 Kataoka Yamamoto lives on an island known as Tokagawa. Kataoka just liked to go home and sleep but he has somehow ended up joining a group of people who call themselves the Dragon Club. After joining the club he finds himself in more fights than he ever thought possible. The people fighting with the Dragon Club are not normal people ever they are members of a large gang that controls the island called the Tokagawa battle axes.