Like us on Facebook, follow us on Twitter! Check out our new tumblr page. :)
Manga News: Toriko has come to an end; but be sure to swing by and share your favourite moments from the series!
Manhwa & Manhua News: Check out the new Manhwa and Manhua shout-out (March 2016).
Event News: One Piece Awardshas concluded. Check the results Here!
MangaHelpers > Manga > Browse > Dragon Jam
Home
Chapters
Translations
RSS 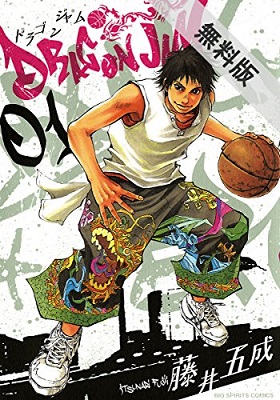 Tachibana Tatsuya's father passed away, and he and his mother have a hard time making ends meet. To help with their situation, he chose to become a part-time worker instead of attending high school. From his father, Tatsuya had developed a love of basketball. When he isn't working, Tatsuya plays basketball with his two friends near the Kamakura shore. They earn money by playing other people in 3-on-3 for cash. One day, Tatsuya's life changes forever when he meets an older guy named TJ. TJ is interested in Tatsuya's style, and he introduces their three-person team to the world of street ball. [tethysdust]