Like us on Facebook, follow us on Twitter! Check out our new tumblr page. :)
Manga News: Toriko has come to an end; but be sure to swing by and share your favourite moments from the series!
Manhwa & Manhua News: Check out the new Manhwa and Manhua shout-out (March 2016).
Event News: One Piece Awardshas concluded. Check the results Here!
MangaHelpers > Manga > Browse > Infinite Stratos
Home
Chapters
Translations
RSS 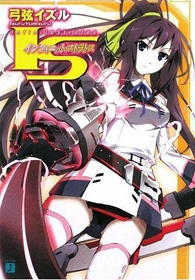 In the near future, Japan creates an armored suit called Infinite Stratos, IS for short, for outer space usage but was later used as a military weapon until it was finally incorporated as a new sport. The one drawback to the IS is that it can only be piloted by a female, or so people thought, until Orimura Ichika came along. As the younger brother of the famous pilot, Orimura Chihuyu, who represented the nation of Japan and went undefeated her whole professional career, Ichika is the only male in the entire world who can pilot an IS. He was accepted into the IS Academy where all the students are female except for him and he has to train to become a pilot. He is surprised to see that his teacher is none other than his sister Chihiyu and is almost annoyed by all the attention he is getting as the only guy on campus. Almost every girl around him is fighting against each other to gain Ichika’s heart and with all the flirting going around, he barely has time to master using his IS. [vyc]