Like us on Facebook, follow us on Twitter! Check out our new tumblr page. :)
Manga News: Toriko has come to an end; but be sure to swing by and share your favourite moments from the series!
Manhwa & Manhua News: Check out the new Manhwa and Manhua shout-out (March 2016).
Event News: One Piece Awardshas concluded. Check the results Here!
MangaHelpers > Manga > Browse > Kirishima Renji
Home
Chapters
Translations
RSS 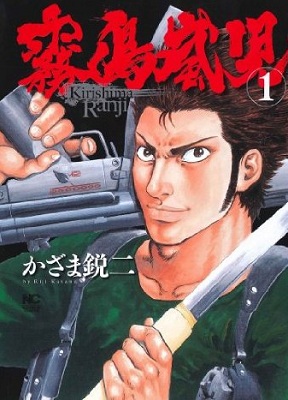 Kirishima Ranji is a gangster who highly respects his leader. One day, that leader is shot to death in a drive-by shooting, and his body shields Kirishima from sharing the same fate. Sick with grief and guilt, Kirishima goes on a killing rampage for revenge! During this rampage, his car goes off a cliff, and the next thing he knows, he's washed up somewhere strange. He appears to still be in Japan, but he has somehow transported through time to an island of exile in the late 1700s. Kirishima is eager to get back to his own time and his revenge, but in the meantime, he ends up violently involved with protecting a young girl and her family from the local thugs. [tethysdust]