Like us on Facebook, follow us on Twitter! Check out our new tumblr page. :)
Manga News: Toriko has come to an end; but be sure to swing by and share your favourite moments from the series!
Manhwa & Manhua News: Check out the new Manhwa and Manhua shout-out (March 2016).
Event News: One Piece Awardshas concluded. Check the results Here!
MangaHelpers > Manga > Browse > Pact
Home
Chapters
Translations
RSS 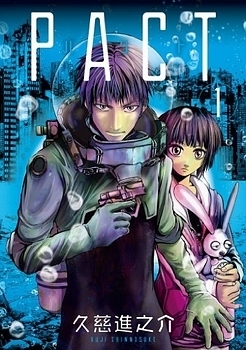 A terrorist group has declared independence on the South Pole, and they have placed extremely powerful nitrogen bombs off many coasts. They plan to take revenge on the world, by forcing them to live briefly in fear and then die. The US tragically failed to defuse the bombs. There are three of them off the coast of Japan, set to explode in 10 days. Luckily, the Japanese bomb disposal team has a powerful resource.

That resource is a little genius girl, Machida Machiko. She's looked after by Aranagi Nagito, a trainee bomb defuser. She's made a pact with him, and with the leader of the bomb disposal program, to clear out the bombs and clean up the world. After certain events in their first defusing operation, though, it looks like all they'll have left to use is a defusing program written by Machiko. Will they be able to save Japan and stop the powerful terrorists? [tethysdust]