Like us on Facebook, follow us on Twitter! Check out our new tumblr page. :)
Manga News: Toriko has come to an end; but be sure to swing by and share your favourite moments from the series!
Manhwa & Manhua News: Check out the new Manhwa and Manhua shout-out (March 2016).
Event News: One Piece Awardshas concluded. Check the results Here!
MangaHelpers > Manga > Browse > Panda Noko
Home
Chapters
Translations
RSS 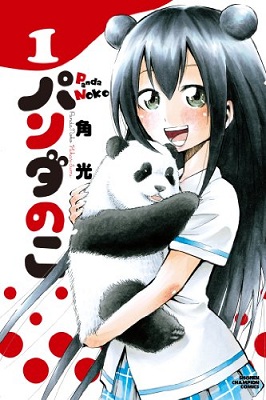 There are two versions of this story with the same premise, one that ends at 10 chapters and another longer series. Sasatake Noko is crazy about pandas, and she has all sorts of panda stuff at her house. One day, a new girl panda arrived from China to join the panda at Ueno Zoo, and there were rumors that the new panda might even be pregnant! Noko showed up to greet the truck carrying the new panda, but noticed that the back door seemed slightly open when it went by. Then she noticed a small, kind of rat-like animal on the ground. After taking it in, Noko realized it was an infant panda, which must have been birthed in the truck and fallen out. Now she has achieved her dream of having a panda of her very own, and she's determined to raise it herself! [tethysdust]

-------------
Note: Complete at 1 Volume, although one volume doesn't cover the whole series due to not selling enough copies to warrant later volumes being published to cover the remaining chapters.