Like us on Facebook, follow us on Twitter! Check out our new tumblr page. :)
Manga News: Toriko has come to an end; but be sure to swing by and share your favourite moments from the series!
Manhwa & Manhua News: Check out the new Manhwa and Manhua shout-out (March 2016).
Event News: One Piece Awardshas concluded. Check the results Here!
MangaHelpers > Manga > Browse > Ryuuhou
Home
Chapters
Translations
RSS 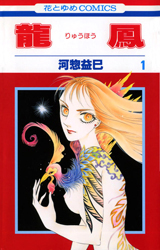 After losing to the British in 1842, China opened up its ports to foreign lands and the city of Shanghai flourished. Yuishin Rin at a young age was sold to prostitution by her poor family where Fuutan, one of the ladies, took Rin under her wing to protect her. Rin turned out to be a very bright girl, learning several different languages and learning how to read and write, very rare for a women in that era. After many harsh trials and tribulations, Rin starts working as a waitress at a restaurant and starts moving up in the social hierarchy. Rin makes it her life goal to bring prejudice towards sexism and racism to an end but little does she know about the difficulty she is about to face. [vyc]