Like us on Facebook, follow us on Twitter! Check out our new tumblr page. :)
Manga News: Toriko has come to an end; but be sure to swing by and share your favourite moments from the series!
Manhwa & Manhua News: Check out the new Manhwa and Manhua shout-out (March 2016).
Event News: One Piece Awardshas concluded. Check the results Here!
MangaHelpers > Manga > Browse > Tenchi Meisatsu
Home
Chapters
Translations
RSS 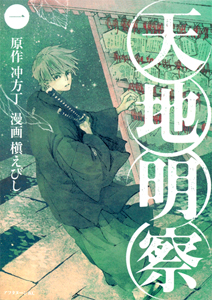 In 1661, Yasui Santetsu is a member of the Yasui House of the Four Houses of Go. However, he's beginning to doubt that Go is his true calling. Outside of the Go house, he goes by the name Shibukawa Harumi, and he's fascinated by mathematical and astronomical problems. Specifically, Harumi is pouring all of his energy into creating a new Japanese calender.

The story is based on the actual astronomer and calender-reformer Shibukawa Harumi (1639-1715). In Harumi's time, the Japanese used the Chinese lunar-solar Xuan-ming calendar, which had not been updated in nearly 800 years. At that point, there was already a two-day delay in the winter solstice. He reformed the calendar based on his careful astronomical observations. [tethysdust]