Like us on Facebook, follow us on Twitter! Check out our new tumblr page. :)
Manga News: Toriko has come to an end; but be sure to swing by and share your favourite moments from the series!
Manhwa & Manhua News: Check out the new Manhwa and Manhua shout-out (March 2016).
Event News: One Piece Awardshas concluded. Check the results Here!
MangaHelpers > Manga > Browse > Wanitokagegisu
Home
Chapters
Translations
RSS 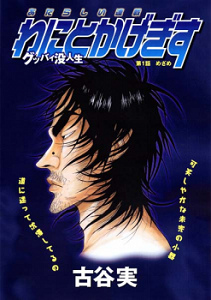 Tomioka Yuji is a 32-year-old night-shift guard for a mall. He works completely alone, so he often slacks off, exercising and hanging out on the roof. In some ways, the job is perfect for him, as he's always been terrible with people. However, he can't help feeling incredibly lonely and wishing he had friends.

One night, he makes a wish for friendship on a falling star. Shortly after, he finds a strange note left at the door of the mall. It says, "within a year, you'll go mad and die." After this, his solitary life begins to change--some ways for the better, and some for the worse. At work, he notices an ominous silhouette in a nearby apartment building, watching him neglect his job. Who is the mysterious figure? Who sent him the creepy note, and why? [tethysdust]