Like us on Facebook, follow us on Twitter! Check out our new tumblr page. :)
Manga News: Toriko has come to an end; but be sure to swing by and share your favourite moments from the series!
Manhwa & Manhua News: Check out the new Manhwa and Manhua shout-out (March 2016).
Event News: One Piece Awardshas concluded. Check the results Here!
MangaHelpers > Manga > Browse > Yuki ni Tsubasa
Home
Chapters
Translations
RSS 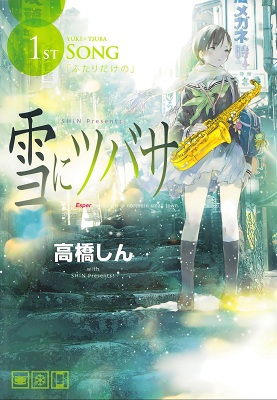 This is a story of how an esper meets a girl in a small northern town. Tsubasa lives in a dying hot springs town, and he's a mostly friendless middle school delinquent. He actually has super powers, though he thinks of them more like embarrassing and useless powers. Sure, he can use his telekinetic abilities to brush his teeth while getting dressed, or read a book while drinking tea, but for the most part, it's easier just to do stuff with his hands.

One day, though, he hears the thoughts of a mute girl, Yuki, who is targeted for rape by other delinquents, due to her silence. He comes to her aid, and finds that to his surprise, he's able to manipulate her body to beat up her attackers! Unsurprisingly, she draws the conclusion that she is the one with super powers. Since Tsubasa's the only one who "knows her secret," their story together is just beginning! [tethysdust]