How long have you been around forums/discussion boards? Doesn't matter which forums you have been to.
I've been around different forums for 7 years. I rarely go on forums nowadays since people do become busy. This account (that I am actually using) was my very first in 2 years.

What do you like about forums/discussion boards?
A nice place to discuss things about what you like :P

What do you hate about forums/discussion boards?
Signature w****s. I see no reason for even displaying half a page of images that people will most likely ignore. I also want my pages to load quick and fast. I don't mind 1 or 2 images as it helps recognize some users.

Add any questions you like to your own posts

i've been posting in forums since Q4 2005. i moved here from stop tazmo and rotten tomatoes.

i like talking to people that share the same interests as i do. another thins is that we get to know people purely on their personalities, and our judgement isn't clouded by the way a person looks.

i hate flammers and spammers. i also dislike people who arn't productive. 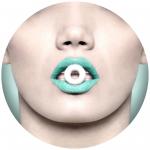 MH is actually the 1st forum i joined. been here since about the near end of 2006. It's because the people here are so nice, why i got hooked into forums!

If been around on different forums for about 7 years now too...

What do you like about forums/discussion boards?
Meeting people in general, also get to know different people/cultures from all over the world on international forums like MH. Finding some real friends (in I know my best friend a forum (but a local one) ...

What do you hate about forums/discussion boards?
Too long signatures and fanclubs like on Narutofan (no flame...).
Extremely stupid people...
Fanboys xD ( dont take it too serious ^^ )

I've been around about one and a half years. Most of them are local forum.

I think most of us has the same reason. Meeting people, discussing about lots of things. Knowing about other cultures.

What I hate about forums? Flamers. No respect to others.

hm, I've been on forums for about the past 5 or so years. I started out at a big Harry Potter forum (I was in like...7th grade >.>) then I spent time over at ADWOFF (Romance novel forum >.>) and I also was at a random forum for awhile, with no real "direction" or idea of what was going on XD Then I came here last July ^^

hmmmm >.> i've been around forums since i was 16 or so when me and some friends created one forum related to Final Fantasy for greek fans. we were very busy that time

having so many things to do ^^; from that time i joined every forum that was related with final fantasy till the day i started reading manga and Anax introduced me to this forum ^.^ <3

Started on a french Final Fantasy forum (unfortunately down now

) about 7 years ago. Stayed mostly on french forums until I got here to get my weekly fix of ES21... And now I'm a j-e translator. Life is weird sometimes

What I like about forums/discussion boards?
Nice place to chat with people sharing the same interests

What I hate about forums?
The extreme fanboyism of some of those people

First started out in a local general forum.. then, I branch out to more interest based forum and right now, it's anime & manga.

What I like about forums/discussion boards?
Get to interact with all kinda people from everywhere and it's more constructive than chatrooms.

What I hate about forums?
people who likes to pick fights and start flamming others

As far for forum experience.. errmm let see... About 6 or 7 years... Been like in 4 or 5 forums before MH. Mostly game, manga and anime related. Happened to be a mod on all of the forums actually. But right now, only MH. Even before registering on MH, I stopped all forum activities for like 2 months.

What I like? Obvious isn't it? >.>
Meet people. Found a special one too. And yeah discussing about things. And I found that forums are a great "reality escape" for a while

What I hate >.>
Eerrmm.. you know >.>
Extreme fangirlism or fanboyism, flamers, people who don't respect others ^^;

he never forgets yaoi. that's just his subtle way of saying "i like yaoi". *spam too*

bax said:
As far for forum experience.. errmm let see... About 6 or 7 years... Been like in 4 or 5 forums before MH. Mostly game, manga and anime related. Happened to be a mod on all of the forums actually. But right now, only MH. Even before registering on MH, I stopped all forum activities for like 2 months.
Click to expand...

Mine is almost the same. Think I've done forums for about 5 years now, in which I used to frequent about 7 forums... In 4 of them I was a mod and in 1 admin.
But I stopped "foruming" for about 5 or 6 months and then I decided to finally join this one. (Here I was a leecher first, for about a whole year I just watched the forums without registering, until I finally decided to give something back to the MH-society. XD )

What I like about forums?
-> I just love having discussions with ppl (about the things I like, which in this case, mostly is manga >_> ) and of course meeting all kinds of ppl and making new frieds!! Yay!

What I hate about forums?
-> Certain ppl who don't listen to reason and just have to be right about something... That way you can never have a nice discussion and it kind of ruins the fun of it.

I can't stand flaming either. (But spamming is ok with me >_> lol

-> I used to be a big spammer on the other forums, but it's ok if you are a mod/admin, 'cause that way you can clean up your own mess. ^^; -Just look at the two posts above mine

I've been posting in forums for 5 years. My first forum is an international Final Fantasy forum. Most forums that I've been to are gaming related, but I'm not much of a gamer anymore so I haven't posted in any of the other forums I've joined in years. I originally joined those forums to look for information about the game that forum was focused on. If I couldn't find what I was looking for, I asked. I also answered other people's questions about the game and join in the discussion. Of course, I also go to their equivalent of General Discussion too.

What I like about forums is the interaction with people. In a forum, you meet people with similar interests to you instantly. Sometimes, you even form close bonds with people whom you may or may not meet offline at all. Despite not posting in my first forum in a very long time, I still talk with one of the admins there whom I befriended from time to time. I also definitely met a lot of nice people here in MH.

What I hate about forums are flamers and huge signatures.

Both are good examples of bad forum experience

How long have you been around forums/discussion boards? Doesn't matter which forums you have been to.

Since the spring of 2002, when I saw the Spider-Man movie, I surfed for reviews on the 'net and discovered this cool little community called Hero Realm.

I had never really gotten to discuss American comics with anybody so I was curious and joined. That's where I met Venom65437, our Video Games mod, and Silva Shado, another member I also brought here

But yeah, I'm actually a forum newbie compared to most of you, believe it or not xD

Though I guess by actually becoming a moderator at nearly every forum I've been at, including Hero Realm and Naruto Forums, i had been introduced to "forum politics" early on =P

MH is my fifth forum so far and easily my favorite, but I'm biased, of course... ;D

Just a way to express myself. Early on this was really nice for me as I never could talk about comics to anybody. Didn't know anybody IRL who were at all interested in 'em.

What do you hate about forums/discussion boards?

Been posting in forums for a year or so. I am also a member of Ubuntu Forums and Naruto Bunshin Forums. I haven't been active with the former for months..

forums... forums... i cant remember my first forum... but i knew that i had gotten into one just before fellowship of the ring came out... so like 2002 or so... so i guess i've been at forums for 5 years now. mostly teh pr0n >_>; some anime, though. some art, some computer, and some fan based, though.

Been in forums, perhaps since 2005. Not very long, isn't it? I joined 7 forums since then. Fan based forums, entertainment, games, computer-related, even ******. But only 2 forums I visit regularly as of 2007; MH and Megindo, one local forum. In fact, I've just joined in here. What I like in forums are meeting new people and discuss anything I've never been able to discuss with anyone around me (yeah, they're normal like that

). Oh, don't forget the sigs and avatars. Yes, I like looking at other's avatars and signatures, simply because I find them interesting. As what I hate in the forums..., when people discuss something I don't know, because then I'm unable to post anything regarding it.