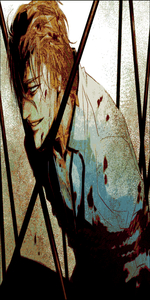 Something I've been thinking about the fact that we still haven't seen Quincy power of a number of Sternritters.

So far the list is: B (Haschwalth), K (BG9) and N (Accutrone), What do you guys think, will this power ever be shown in any way? And what do you think the remaining Schrifts stand for?

I've got a feeling "B" stands for Benediction, which has a direct link towards religion. And Quincy are all about Holy stuff aren't they. Obviously Haschwalth will use it in his battle against Ishida or someone else.

"N" would stand for Nullification. Even though we haven't seen much from Robert, this theory is kind of a long shot. Nullification stands for absorbing the power into nothingness pretty much. I've got a feeling Yhwach will possess Robert's Schrift since Aschwahlen was used on Robert to kill him off. Maybe Yhwach will use it as an opener against Inoue so that she won't be able to help Ichigo with her own unique power.

K - the Knight. BG9 is either a robot or he is a Quincy but wearing some kind of heavy armour. Quincies are personified as holy warriors, so a "Knight" would link some parallels towards an idea of something that is righteous.

What do you guys think? Is this something that we will see towards the end of this arc? Or will these Schrifts simply get abandoned by Kubo in his plot? 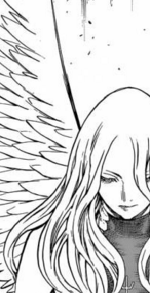