Schabrak said:
I would mysteries to stay mysteries and Shanks having nothing to do with it. Oda has to leave some stuff to imagination or it will become a boring series, explaining everything in great detail.
Click to expand...

Overally as I dont agree with point of first post Its good that timing was pointed out.
Maybe 10 years ago something happened that we dont know yet- it caused some big names like Shanks, Moria and Doflamingo move. Maybe it was some kind of conflict. We dont know this.
Also this "monster in fog" looks like something that will be explained in future. Maybe fog creating seaking of sorts that we will see when Shirahosi will use her power closer to end of story. Who knows what is its origin. It might be connected to ancient times. 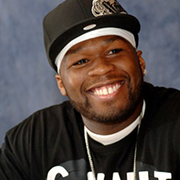 Oda said that Moria came to the Florian Triangle, but the legend circulating about that area has been going on long before Moria's arrival, and Oda showed us something there as the possible culprit behind that legend

It could be anything, a monster or something else, Oda does not leave such mysteries unexplained so we'll get the explanation sooner or later anyway, but if Oda decided to omit it back then, it could've something to do with the Void Century perhaps who knows

I agree that mysteries makes the story more exciting and that this creature may have nothing to do with shanks, however won't you agree that the timing is just too good. from what I can gather 10 years ago Kadou and moria is fighting, obviously this will shake the new world and at the same time dolflamingo earn his spot as a warlord and conquer dressrosa. This is just my theory or simply my imagination, oda stated that the legend is going on for a long time and 10 years ago it seems to stop,how or why?. My answer is shanks defeated or neutralize that creature probably with rayleigh, why you say obviously it is a precaution to protect luffy's journey because there is a chance that luffy might encounter it and meet his demise. I think that you would agree that shanks trust luffy very much and he is sure that luffy will be a great pirate, however that creature might be too much for him. Even if this is all wrong I am confident that this has ties to the black century, however that fact gives me a reason to believe that shanks is related to it because all of roger's crew know what did happen to the blank century, so if this has ties to it naturally they will have some information about it since most of the time ships that encounter it meets there demise. My point is the timing is just too great I just speculate. even if shanks is not connected to it is okay, since I believe that shanks being a yonkou is his way of helping and protecting luffy.

Lastly I think Shanks is in ZOU.