Well , Isane is the only active Bleach Manga Coloring Group

It curently has 11 members (from wich only 5 are active).
We started on chapter (206)182 and have almost finished it , we have chapters 206-210 almost fully colored , and are working our buts off to finish them

Cool, i had never heard of Isane... will you post their releases on this site, and may we upload them?

Nice - a coloring group for Bleach sounds like a neat idea.
I mean Zarosaki rulez for Naruto!

(Ok, I'm not objective as I used to be a member.)
Anyways, it's great that you do a project like that.

Yup , when every chapter is released i'l post them here to , and you can upload them on this site

We really need base-colorers (people that aren't good at shading but whan't to help just by doing the base color) , colorists (people that can shade good , and add efects to base colored pages , i miself em one

) ) , and that's about it...
So if you can do one of the 2 things memtionet above please contact me

Questions:
What's with the slash abuse?
Why Isane? Not Rukia? Chad?
I believe you coloured your own avatar?

Hmm...i never knew this group existed. IMHO, bleach colorers are few...i'm glad that there IS an actual group with coloring skills.

Where does all Isane's colorings go to? I don't see them anywhere.

i saw u guys in Bleach Forums, looking forward to some quality work

I've coloured my own Bleach manga too for the first time. Yay, after seeing Isane's thread, I rushed to look for bleach manga to colour. :knk :knk

You haven't answer my question, damnit? Why Isane?

Looking forward to seeing Isane's work when you post them here, vlado. I haven't heard of Isane either, but a Bleach coloring group sounds very cool.

And Eileen, it's probably because Isane is a less common googled name than either Rukia or Chad. That's why Zarosaki chose their name, for its uniqueness.

Well , we didn't really decide on Isane , but it just came to that...
We whanted something peps can asociate to bleach

How many pages does everyone colour per week (or per month)?
Do you find difficulties in finding new members? Mind listing the members you have now?

It's nice to see a Bleach colouring group. I hope it'll last long.

LamE, the last reply was May 06, i'm pretty sure that Isane died before their first release... =/

... vlado? *"give some official press release please" look in eyes*

There's still some activity going on. If all you people don't post anything, imo it means you are indifferent. Even though you disagree, it still feels like it.

. Such a shame. I really hope they are still active though.

LOL, so much time has gone... And a stray cat(me) comes into Manga Editors' section for thr first time to actually find a dead thread about the group I'm a member of... And that last comment from LamE really kicked my balls here... OUCH!

Yeah, all started with Vlado and some other people founding Isane, then after all the work something happened and everyone seemed to completely lost all interest.

At that time appeared a person, who wasn't that indifferent. Sarada. She started reviving the project.

About a month later - I joined the team, which in reality had only a couple of members. But with hard work of our saviour, whose name I already mentioned, we managed not to die, though we had lost most of members.

And so, we worked. Not so much on coloring, but more on getting active members. We were getting a lot of people who would show good skills, join and then disappear without doing anything for team. That was really discourageing.

But we still tried to stay on our feet. Our first release was a donation to us by a person named Opssmk. He singlehandedly colored chapter 178, and was so kind that joined the team and this chapter was released under the name of [Isane].

Eventually, two weeks later to be precise, we managed to release a team-chapter 182. And that was the start...

Thruogh time we still had problems with members, many people left the group due to losing interest. Vlado disappeared half of a year ago, adn actual leaders of Isane became Sarada and Rikuna. These two did great on keeping the project alive. With their help Isane got it's own server space and domain. www.isane.net .

Moving to isane.net was a great moment in history of Isane. The members that were active at that moment are still with us, the webspace made it availabe not to use stupid free fileservices... Well, it was a third birth for Isane.

Right now Isane has prettly few active members, and the work is progressing pretty slowly. On the other hand the progress is pretty stable. Today were released the 11th and 12th chapters scanlated by Isane.

We are really happy that our work gets to see the light of day, and our project still lives.

What we really lack is attention. We barely get any feedback on forums where we post our releases, and there were only two or three feedback posts on our own forum.

So, if you are reading this, and you want us to continiue our work, take a minute of your time and drop by our site, or our renewed irc channel #isane@irc.orchighway.net and say those thoughts you have in your mind. Our members would REALLY appeciate it. Thank you.

I too think that you should get some more attention, I haven't even heard about you before bleach 190-191 was shouted. Hopfully you guys get as much attention as Zarosaki cuz that is what you deserve.

chvis002 said:
I too think that you should get some more attention, I haven't even heard about you before bleach 190-191 was shouted. Hopfully you guys get as much attention as Zarosaki cuz that is what you deserve.
Click to expand...

Really? Must've confused you with Inane then :S (damn you got similar names) 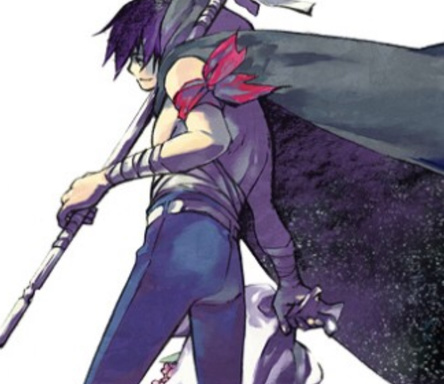 chvis002 said:
Hopfully you guys get as much attention as Zarosaki cuz that is what you deserve.
Click to expand...

Lies! No one could possible deserve as much attention as me... err, I mean Zarosaki! :P

But seriously, it's cool to see that there are coloring groups still alive dedal_x. We in Zarosaki have gone through exactly the same stuff as you guys, it just takes patience and time to establish stable progress. If you want more feedback, doing new chapters usually a good idea. Then you'd cover the older volumes, which attracts more new readers, and you'd get more people that just read the new chapters and don't re-read. But yes, attention is win. Go for tastefull Isane-pimping! ^_^
You must log in or register to reply here.
Share:
Reddit Pinterest Tumblr WhatsApp Email Link
Top